Editor’s Note: When OHS has the resources to take in pets from other shelters that need assistance, the OHS Second Chance program steps up. Second Chance helps partner shelters in our Portland-area community first, then expands outward through Oregon to Washington, California and Hawaii.

Recently, OHS Second Chance helped with a special transfer: a Fetch Fido A Flight trip was scheduled to transport animals from Oklahoma-area shelters to Safe Haven Humane Society near Albany.

When Safe Haven asked if OHS could help by taking some of these dogs, our Second Chance team said “Yes.” And so 10 dogs from overcrowded Oklahoma shelters found themselves traveling to Portland to find loving homes. Here’s their story:

On the Road (and in the Air) with Second Chance

Becoming a Second Chance driver opened my eyes to the reality that many other shelters face. After each drive, I return to OHS where we have a veterinary hospital, animal cruelty investigators, behavior specialists and trainers. It’s normal to see volunteers carrying around ropes and rescue gear as members of our emergency rescue team, or heading out to take dogs for long distance runs outside the shelter and our dog-walking path. Also, we have an outdoor dog-walking path! Many places don’t even have that.

As I waited at McNary Field in Salem for a plane to arrive, I was reminded again of just how much we have built at OHS. The plane I was waiting for carried almost 80 animals, and it was meeting not only OHS, but also Safe Haven Humane Society near Albany. The people from Safe Haven introduced themselves and then complimented the van I’d driven down from Portland. If we at OHS ever want to get rid of that transport van, they’d love to have it.

I smiled, said we’re fortunate to have wonderful donors who help with supplies like our special vehicles, and thanked them for their kind words. As the plane rolled to a stop we were allowed to drive on the tarmac to reach it. I saw that Safe Haven had had to rent a vehicle in order to transport animals to their shelter. OHS has worked hard to obtain several shelter-owned transport vehicles, outfitted to keep pets safe and comfortable during their travels. This is not something that all shelters have, and so we are happy to help when we can.

With everyone loaded, I set out for the trip home, with a human companion for this leg of the journey. A member of the Fetch Fido A Flight board of trustees needed to get to Portland. He was from Oklahoma, just like the animals on the plane.

That morning, I had watched their Facebook live video as they loaded the plane with pets in need. A woman was nearly in tears, grateful to be saving these lives, which included a pregnant dog due any day, and another mom with her itty-bitty puppies.

As I brought my furry cargo closer to OHS, I told the Fetch Fido A Flight representative about our shelter. We’re the oldest shelter on the West Coast, established almost 150 years ago! We do Second Chance transfers regularly, because we’re fortunate to have such a high demand for rescue animals in our area.

As I pulled onto the OHS property, the man was at a loss for words. The building is huge…it’s so nice…the grounds are well-kept! He wasn’t sure what he’d been expecting, but this? This surpassed any expectations.

Waiting for the gate to open I told him about the OHS veterinary hospital. As we pulled around the corner by the barn I pointed out the Humane Investigations trucks and the big Second Chance truck for long-haul transports. He was speechless. As volunteers and staff began unloading his charges, he sprang from the passenger seat, eager to help, but also wanting to take photos and document everything.

He followed Mia, one of our Second Chance leaders, into the building and I cleaned up the van. A few minutes later, I showed him the dog-walking trail behind the shelter, where his camera clicked with nearly every step he took.

I didn’t have to take him to the dog path, or tell him about the investigators, or our animal rescue team, or how often we are on the road for Second Chance. But I wanted him to know that we were a safe place. Let him see the love and care his dogs would get, regardless of how long they stay at the shelter before finding homes. And show him what a shelter environment could be like, with many people coming together to work for the animals.

OHS is an incredible place, filled with incredible people, funded by generous citizens and businesses. It never ceases to amaze me that all someone has to do is ask: whether it’s investigators asking us to build an emergency shelter for 240 exotic birds, a partner shelter five hours away drowning in cats asking us to save their kittens, or staff asking a volunteer to help scoop poop from a kennel…it gets done. Because of the selflessness and generosity of people, we have a veterinary hospital, a dog-walking path, a fleet of vehicles meant for animal transport, highly-trained people who can turn a scared and aggressive dog into a family pet—it’s amazing!

All of this was built with the support of our community. That means everyone has a part in building this amazing space that grants so many second chances at fulfilled lives. Thank you.

At the time of publication, all 10 dogs from this transfer have been adopted to loving homes. 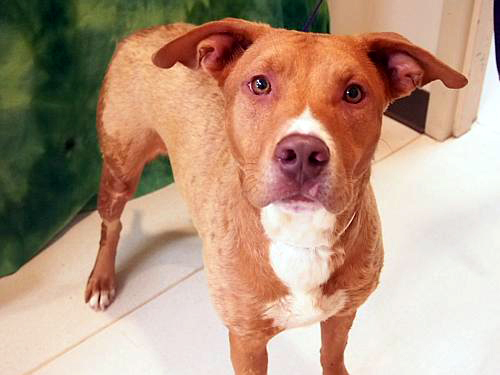 Murray another of the 10 dogs transferred, now adopted!

The Fetch Fido A Flight plane with some of its precious cargo. 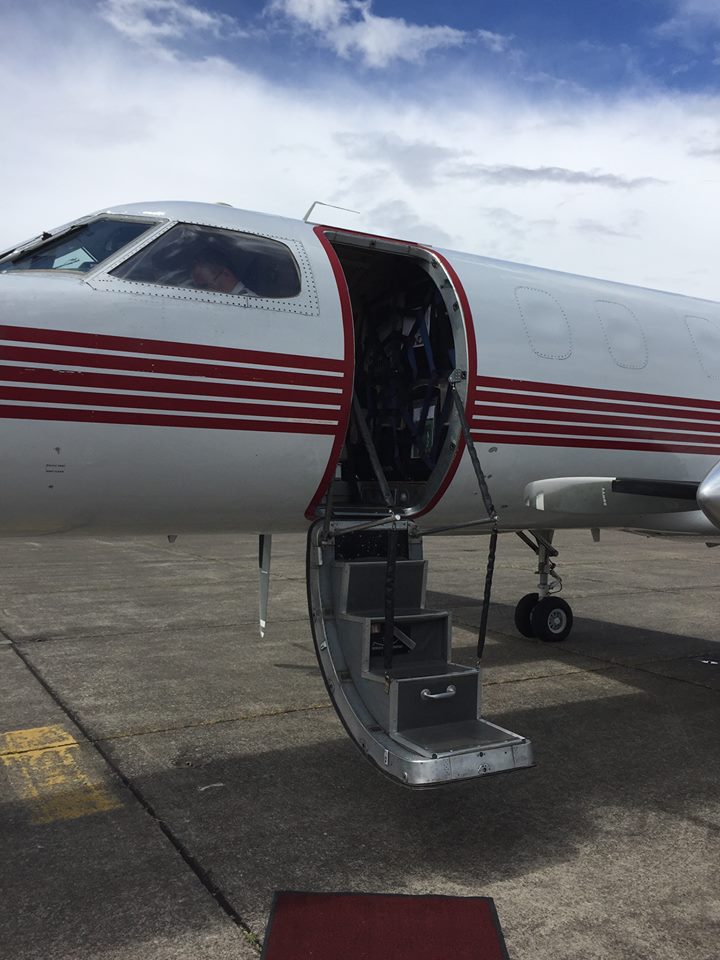 The Fetch Fido A Flight plane 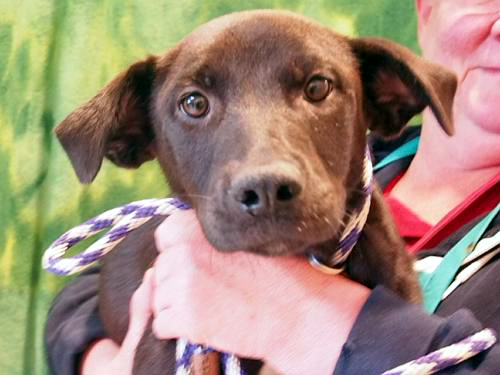 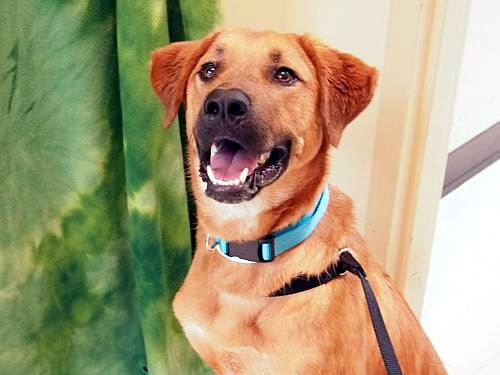 Oklahoma, one of 10 dogs who came to OHS from the state of the same name. 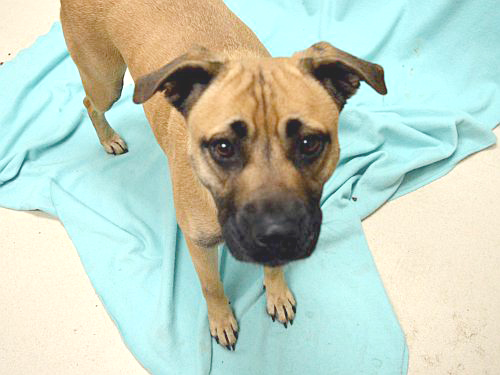 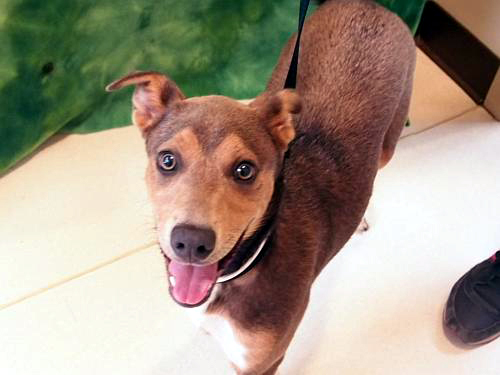 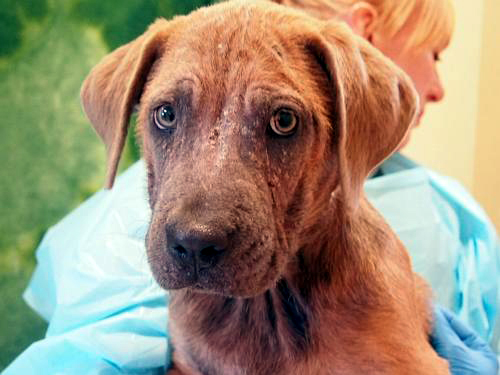 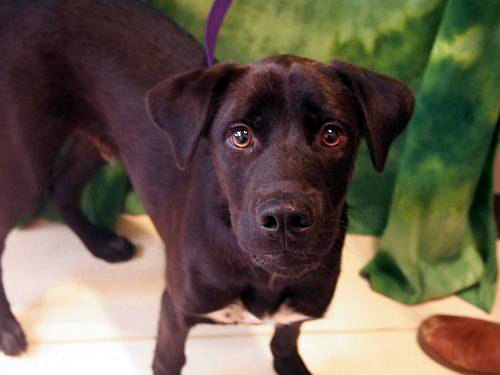 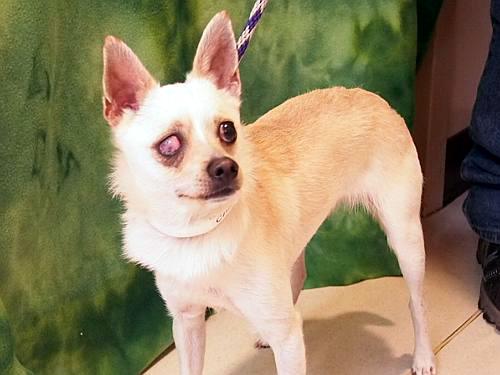 Henry, another of the Oklahoman dogs. All 10 dogs have already been adopted! 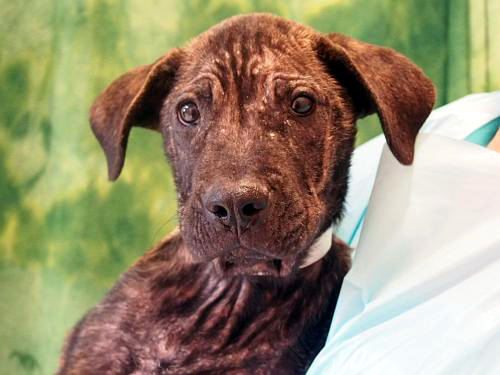 Behind the Scenes with Second Chance »

Hayward Cats Get a Second Chance »

OHS is fortunate to have built a caring, compassionate community made up of people who give their time, effort, supplies and funds to ensure that animals get the best possible care when they are in need.

Founded in 1868, today OHS is the largest humane society (SPCA) in the Northwest. OHS is an independent nonprofit organization and adopts out more animals from our Portland shelter than any other single-facility shelter on the West Coast.

OHS puts no time limits on an animal’s stay—a pet stays available for adoption for as long as needed to find a loving home. If a pet in our care needs medical attention, our veterinary hospital provides the pet with same level of care you would want your own pet to receive. Learn more about OHS here »