Under an orange sky in smoky air, a homeless dog was in a Lincoln County shelter as wildfires raged. But thanks to donors, Chansey was transported to safety at OHS.

Chansey was surrendered when his owner entered an assisted living facility. He was a senior dog at age 12, deaf, had dental disease and a heart murmur. But he had a loving personality, and he soon became a staff favorite at Lincoln County Animal Shelter (LCAS). While he was waiting to be adopted, he liked to spend time out of his kennel in the office, getting affection and taking naps. But then, wildfires broke out in Lincoln County, and everything changed.

As the fires grew out of control, LCAS needed to clear out its shelter so they could take in displaced and lost pets. When OHS reached out to offer help, they gratefully accepted. Fighting evacuation traffic and low visibility, an OHS Second Chance team drove to LCAS. They emptied the shelter and brought all 11 pets back to OHS. Now, Chansey had a new destiny.

When Chansey got to OHS, the Medical team gave him a thorough examination. There was nothing that could be done for his deafness, and his heart murmur would have to be managed by his adopter. But luckily, his dental disease could be treated. Chansey had successful dental surgery to relieve his pain and inflammation, and he recovered quickly.

Once he healed from surgery, Chansey was put up for adoption. A potential adopter drove three hours to meet Chansey. She loves senior dogs, and she was instantly charmed by his sweet nature. His deafness didn’t worry her — in fact, she committed to training him with hand signals. She adopted Chansey that day.

Because of donors, animals can get the care they need to quickly find a home.

Chansey was given a second chance, but more animals like him need your help.  There are still displaced pets who need to be reunited with their owners. And there are still homeless pets who need families. With your help, every pet can get the care they need to find a happy home. If you give by December 31, your gift will be matched up to $50,000, courtesy of the Willard L. and Ruth P. Eccles Foundation. 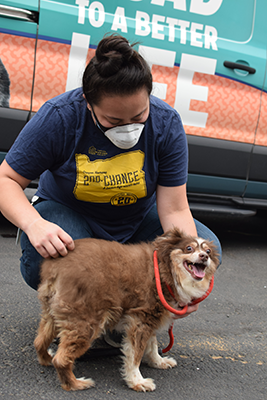 Chansey, arriving at OHS through the Second Chance program 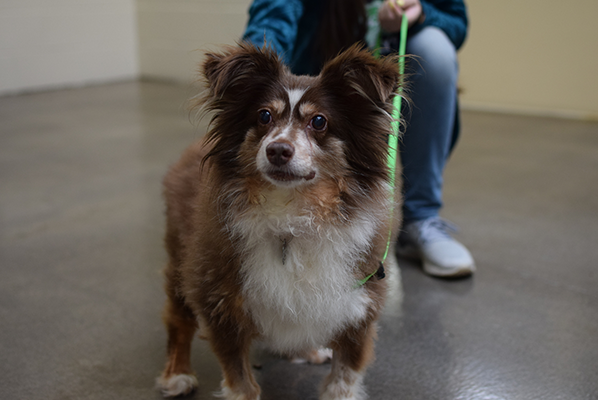 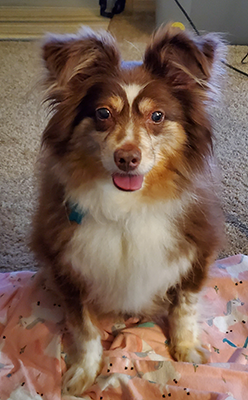 Chansey, in his new home