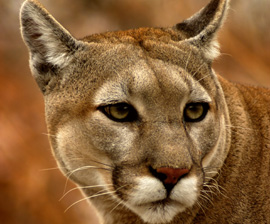 A coalition of animal welfare, wildlife protection and conservation groups are calling on Oregon lawmakers to oppose four bills relating to cruel cougar trophy hunts recently introduced in the House and Senate.

In 1994, Oregonians passed Measure 18 by a substantial majority, making the hunting of cougars with packs of radio-collared dogs (hounding) illegal. In 1996, an even greater majority voted to reject a measure to repeal Measure 18.

HB 2107, HB 2589 and SB 371 would allow counties to “opt out” of Measure 18, which would create a chaotic and unenforceable patchwork approach to wildlife management and set a negative precedent by allowing counties to thwart the will of the majority. If counties are permitted to opt out of Measure 18, then they may be expected to seek a way out of other voter-approved measures, rendering the state’s initiative process—a component of government that is highly prized by Oregonians—meaningless.

SB 458 would require the Oregon Fish and Wildlife Commission to adopt a controlled hunt program for trophy hunting cougars with the use of hounds, a direct violation of state law approved by Oregon voters through Measure 18.

Scott Beckstead, senior Oregon state director and rural outreach director for The HSUS, said: “We urge our state lawmakers to uphold the values and votes of Oregonians and oppose HB 2107, HB 2589, SB 371, and SB 458. These bills are an affront to the democratic process and to our state’s iconic cougars.”

Hounding is cruel and harmful to all animals involved, with packs of radio-collared dogs chasing the cougar until she retreats into a tree or rock ledge, and enabling the trophy hunter to shoot the cornered animal at close range. Hounding poses significant risk to the hounds, who may end up fighting adult male and mother cougars who choose to fight rather than flee, as well as to young wildlife, including dependent kittens, who may be killed by hounds. Hounds also disturb or kill non-target wildlife and trespass onto private lands. This practice is not fair chase and is highly controversial even among hunters.

Oregon Department of Fish and Wildlife data shows cougar complaints are at an all-time low, and cougar mortality is at a level twice that of the year before Measure 18 was passed. Oregon ranks fifth highest nationwide for trophy hunting mortality of cougars, even without the use of hounds. Between 2005 and 2014, trophy hunters killed 2,602 cougars, with a steady average of 260 cougars killed annually.

Various bills introduced aiming to allow counties to opt out of Measure 18, which makes hunting cougars with hounds illegal.

Contact your legislators and make your voice heard. Start by finding your district and legislators here »