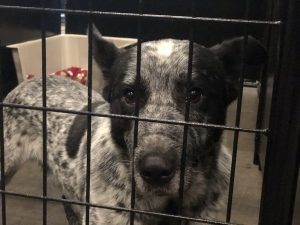 On Monday, June 18, the Oregon Humane Society took in 17 dogs from an ongoing animal neglect case in Southern Oregon. Klamath County Animal Control have been caring for the dogs and reached out to OHS for assistance.

“Our team assisted with this case from the beginning, at the request of Klamath County Animal Control, and we are committed to doing whatever is needed to help,” said OHS President and CEO, Sharon Harmon. “Being able to house these dogs at an off-site location will also help them get focused, individualized care.”

The dogs are part of an ongoing investigation and are not available for adoption at this time.  Below is the original press release on this case from October 2017.

Special thanks to the Petco Foundation for providing funding for the OHS Rescue Center.

“The Petco Foundation is proud to support the Oregon Humane Society,” said Susanne Kogut, president of the Petco Foundation. “Together with our animal welfare partners across the country, we’re making a difference in the lives of animals.” 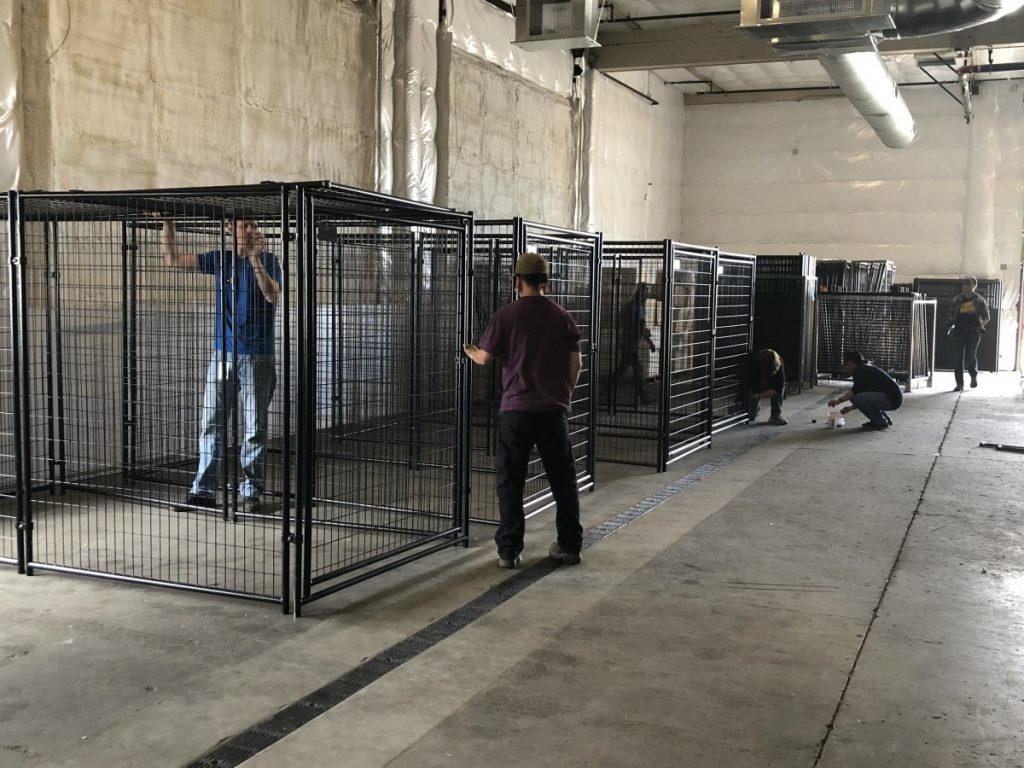 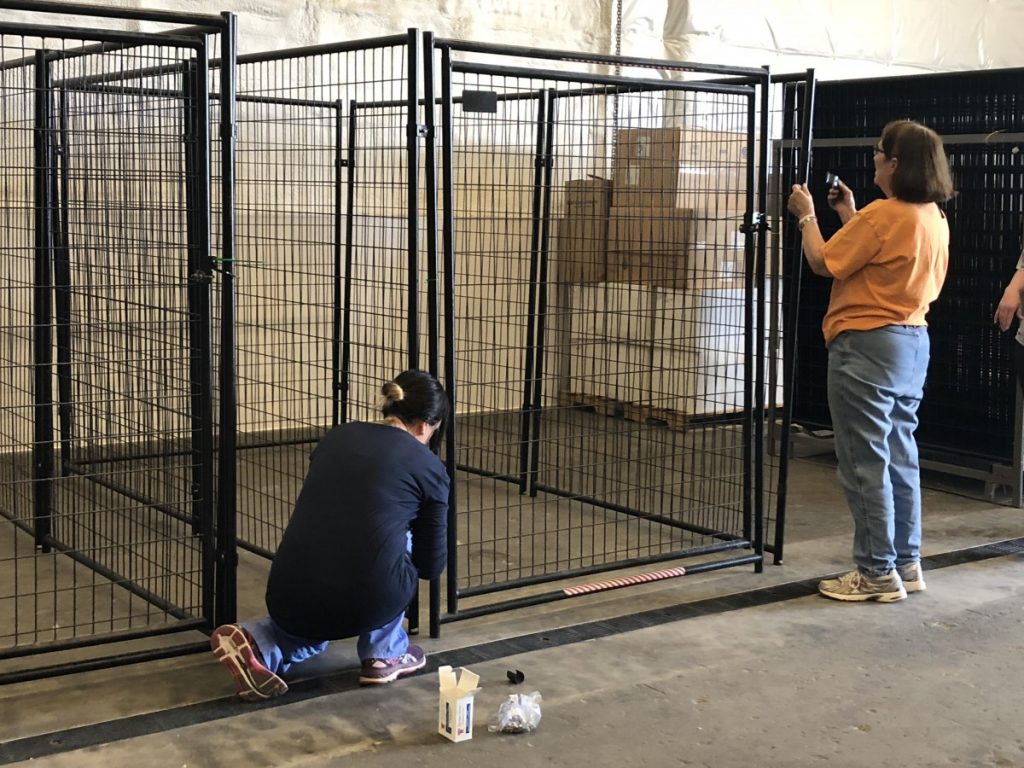 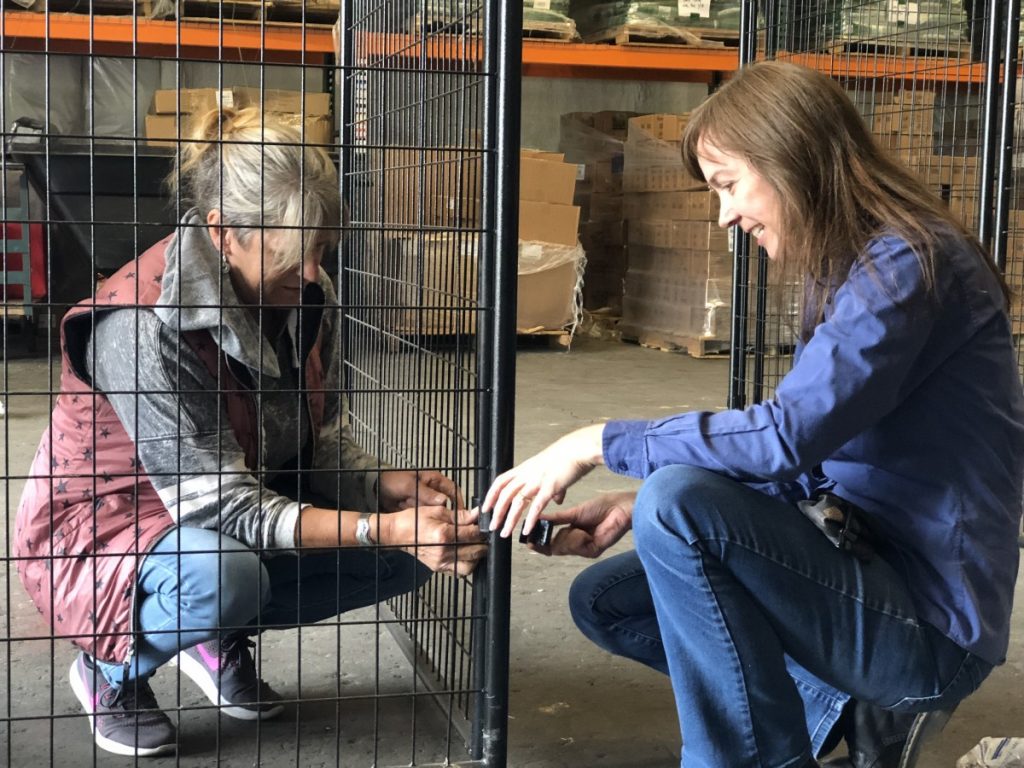 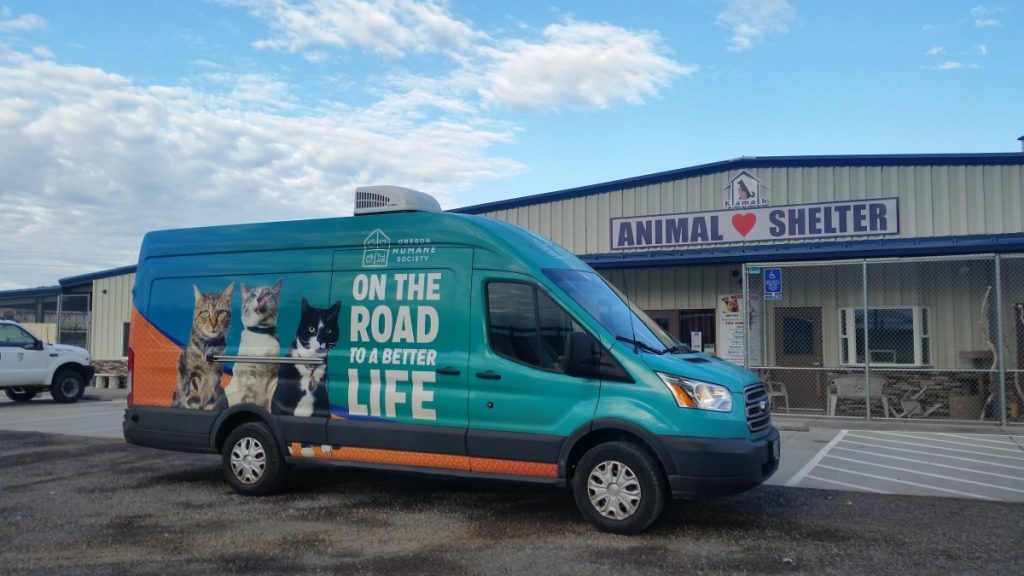 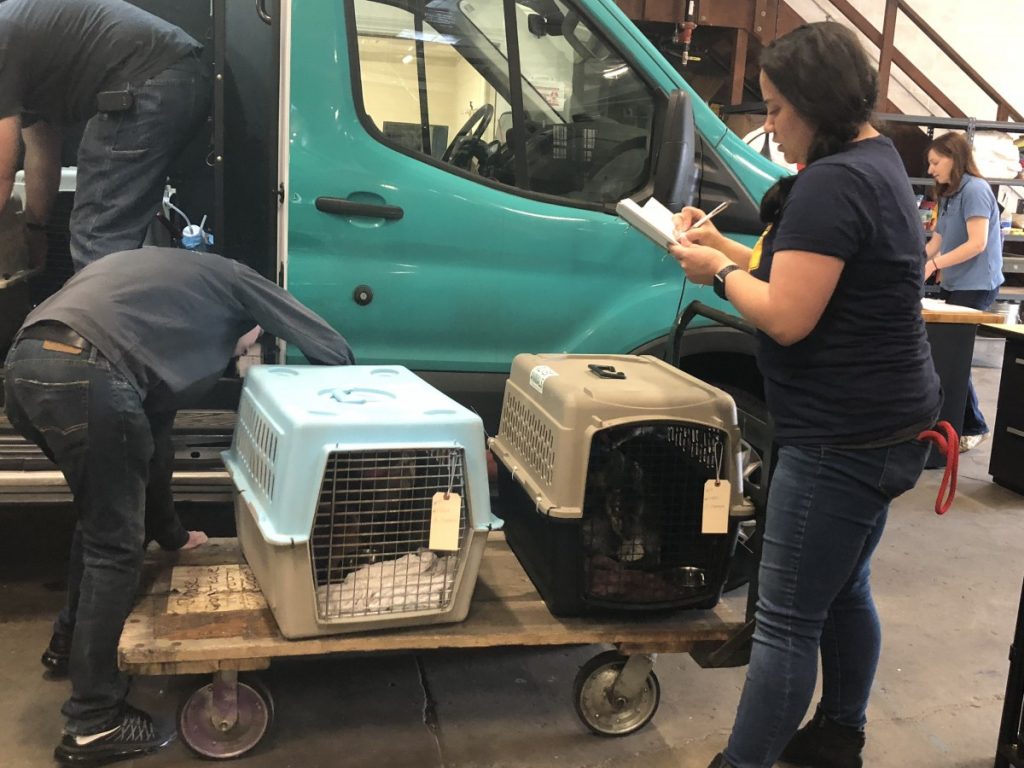 Each arrival is carefully documented. 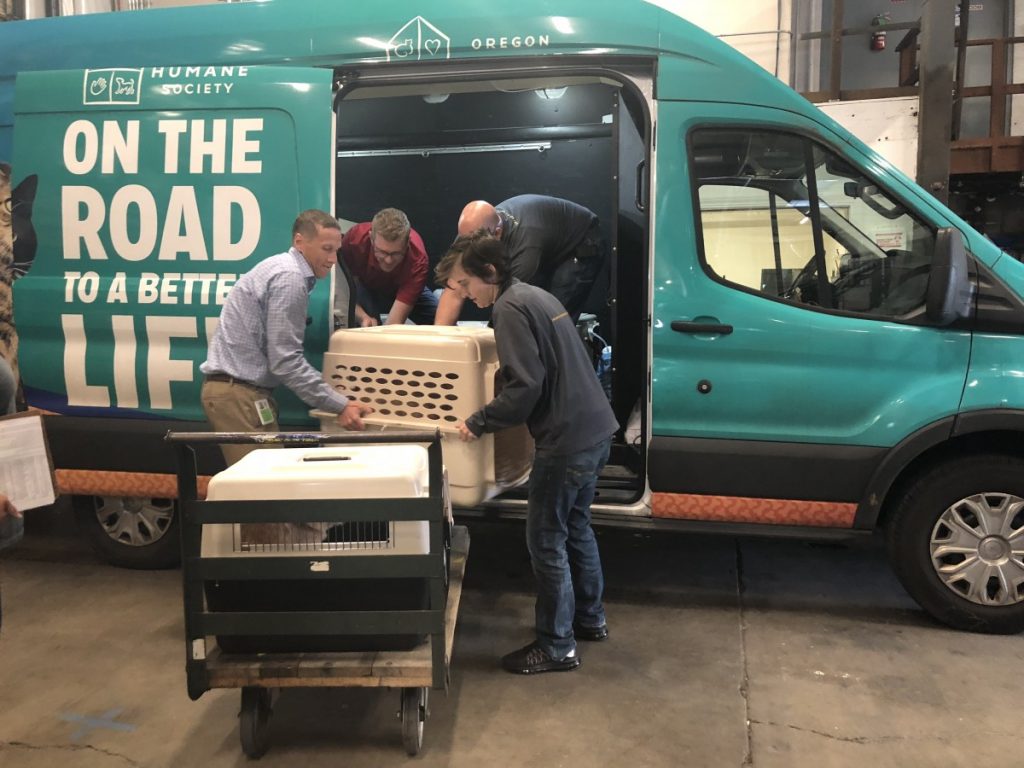 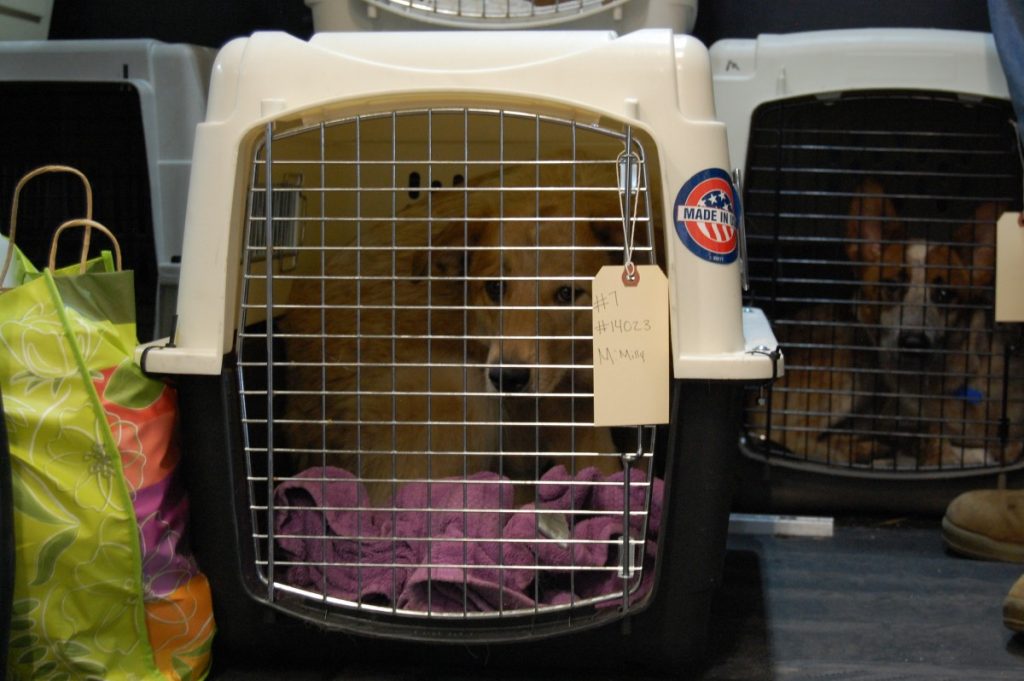 Getting ready to explore a new location. 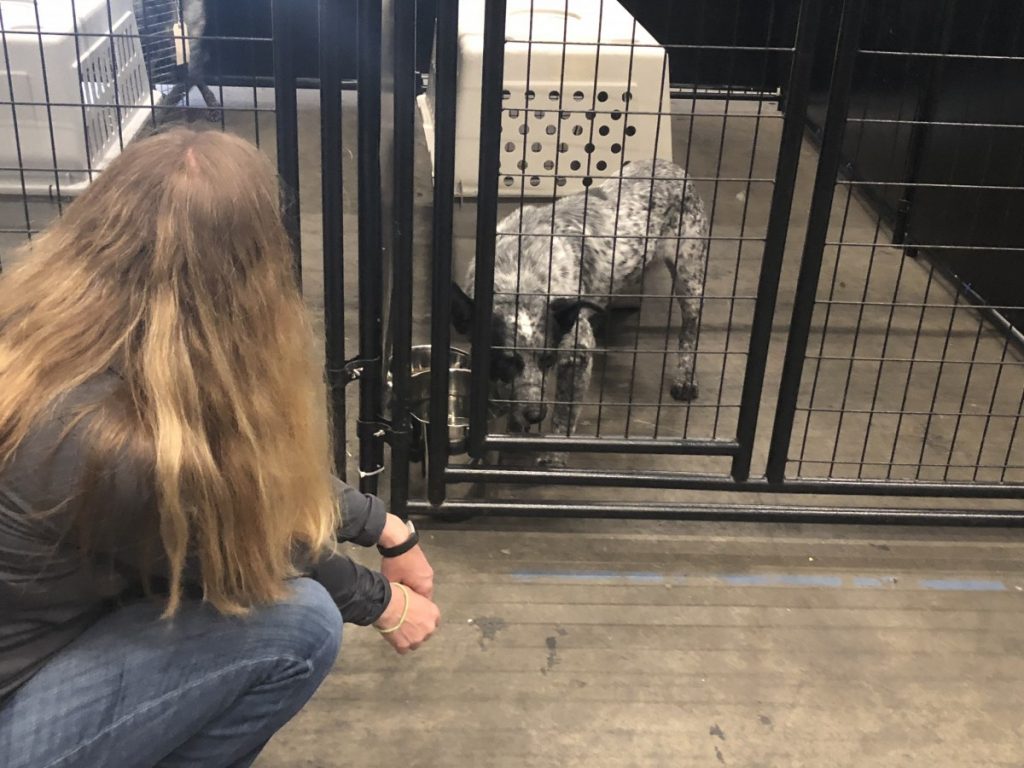 Admissions Manager Jessica checks in with a new arrival. The off-site location will give the dogs a chance to receive focused, individualized care. Each dog will get time to settle in to their new environment. The dogs settling in. The off-site location will give the dogs a chance to receive focused, individualized care.

A Klamath man has been cited with multiple felony crimes after more than thirty animals were seized from his property in a joint operation by Klamath County Animal Control and the Oregon Humane Society.

Klamath County Animal Control requested the assistance of the OHS Investigations Department with the Sept. 29 execution of a search warrant in Beatty, Oregon. The Klamath County Sheriff’s Office Deputy received a report concerning the neglect of several horses, a dozen chickens, and approximately 50 dogs at a property on Medicine Mountain Drive in Beatty. It was reported that the living conditions were terrible and detailed several serious medical concerns that were not being addressed.

67 year-old Kenneth Lawrence Hershey is cited with over 30 counts of felony animal neglect in the second degree.  “On Friday, we served a search warrant, and seized 32 animals total – three horses, seven chickens, and twenty-two dogs and puppies,” said Klamath County Animal Control Officer Jim Nielsen. “Didn’t have any food or water pretty much when we were out there, definitely they were in pretty rough shape.” OHS sent a five person team to help with the execution of the search warrant.

The animals are being cared for and their medical concerns are being addressed at the Klamath Humane Society, and Large Animal Shelter.  The animals are in protective custody and are not available for adoption at this time. “OHS is happy to assist in cases like these,” said Sharon Harmon, OHS executive director. “Our investigation team trains year round to identify the evidence in a case like this,” said Harmon.

The Oregon Humane Society is the Northwest’s oldest and largest humane society, with one of the highest adoption rates in the nation. OHS receives no government funds for its adoption, education and animal cruelty investigation programs. Visit oregonhumane.org for more information.