From a Number
to a Name

Crossiant was rescued from an animal
testing lab and brought to Oregon
Humane Society, where she found
her loving home.

If there’s one thing we know about beagles, it’s that they love to “sing”. So, when the Humane Society of the United States (HSUS) contacted OHS for help in a national effort to rescue 4,000 beagles from a breeding lab in Virgina, OHS staff and volunteers readied themselves and our two shelters to become a concert hall for 80 beagles.

Staff and volunteers were on standby with earplugs. But, instead of the expected chorus of harmonious howls, we found that these dogs were bred to be quiet. They were bred to be docile, to live in small kennels, to never need a walk or catch a treat. And they were nameless except for a brand tattoo imprinted on the inside of each of their long floppy ears. Their branding was a reminder of the life that they were saved from.

One of the beagles branded “22627” was welcomed at our Salem campus. It is here that she and her fellow beagle friends received their first welcome gift: a name. 22627 became Croissant, the perfect moniker for her. At only five months old, she was warm and buttery soft.

Croissant began to experience the joy of being a dog for the very first time. The beagles were given a safe place, regular meals plus treats, medical care, and daily walks. Most importantly, they experienced kindness and love.

Meanwhile, there was something extra special in store for little Croissant… 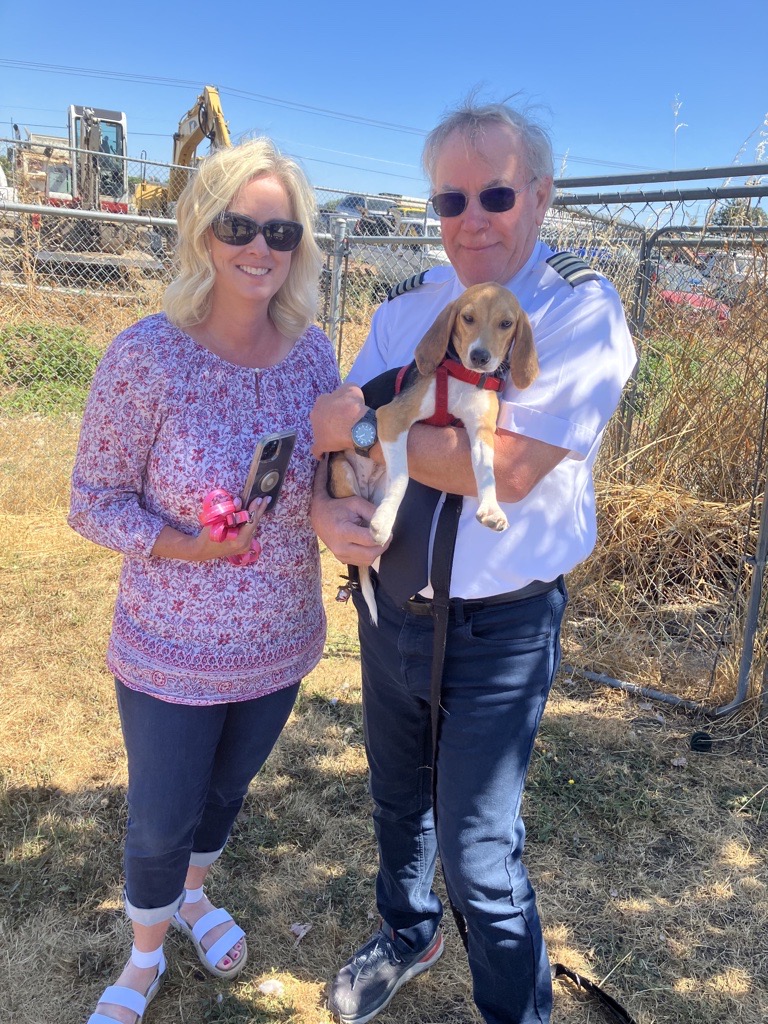 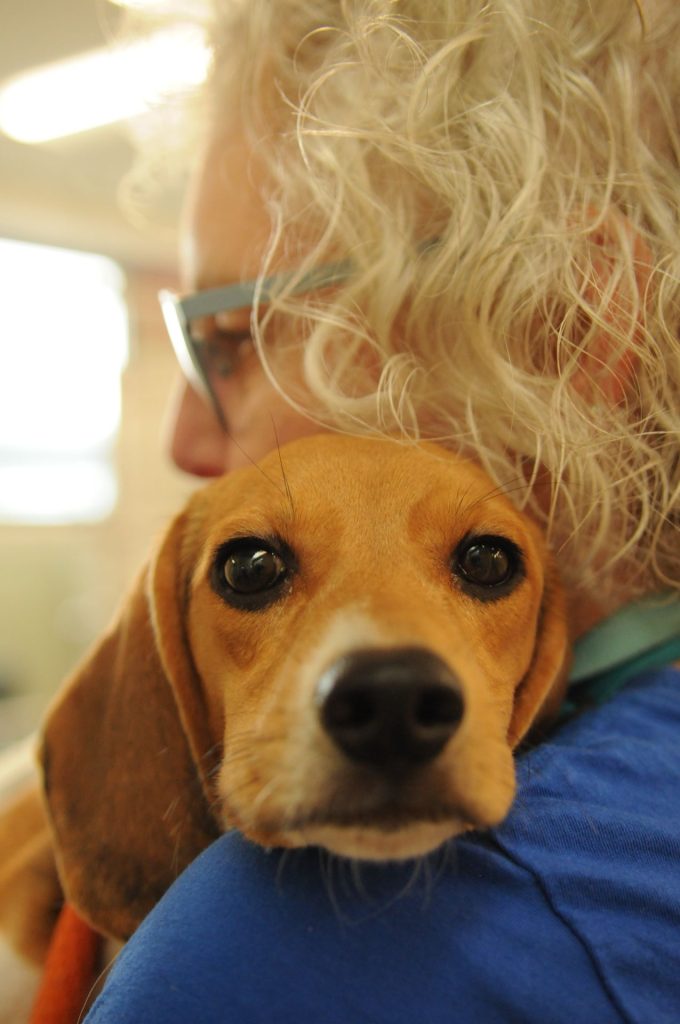 This rescue moved Captain Steve Denton, the commercial pilot who had been assigned to fly the beagles to Oregon where our staff and volunteers eagerly awaited their arrival.

Steve is familiar with the diversity of his kind of work, often showing up and not knowing what he is transporting until the day of. On this Saturday in August, he learned that his passengers were beagles who would start their new lives at OHS. A puppy was not something he had planned for, but once Steve looked into those sweet beagle eyes and felt those velvety, floppy ears, he knew his family was meant to love them. After all the dogs were safely unloaded from the plane, Steve called his wife.

In just one week, all 80 beagles from both campuses received love, care, and found new homes. And Steve and his wife Kimberli met and adopted the very last beagle at the Salem campus. It was sweet, little Croissant. They gave her the ultimate gift: a loving family.

From “22627” to Croissant – from a number to a name – today Croissant is now living the best life we can imagine for all pets. These big rescues are important because so many individual lives, like Croissant’s, like Steve’s, are forever changed.

Now, with our two campuses we can do even more – but we need your help. Your donations will ensure we have all the resources we need to be able to act fast and save more lives. This holiday, we hope you will join us in imagining what we can do together for pets and their people.

Thanks to our friends with the Eccles Foundation, if you give before December 31, your donation will be matched up to $50,000, doubling your impact.