When Portland residents Kelly and Charae hit the road for a trip to California in late June, they had no idea that a chance encounter would result in a new family member.

It would be a long trip to their destination, so they decided to stop for the night at a rest stop in Siskyou County. The next morning, they were packing up their car when they noticed a frightened border collie wandering around the parking lot. Kelly and Charae solicited the help of other good Samaritans to help them catch the scared pup – but it only sent him running into traffic.

The only one the pup connected with was Kelly and Charae’s yellow lab, Paddy Murphy. “If it wasn’t for Paddy, we probably would not have been able to catch him,” says Charae. “Paddy usually doesn’t like to play with other dogs, but the two seemed to bond immediately.”

They called numerous shelters and rescue groups looking for a place to take the stray dog. But it was Sunday morning and most places were closed. “We thought, surely this was someone’s dog,” says Kelly. “And we wanted to make sure he found his people.”

After several hours of trying to find help, the couple found a rescue group who was able to take the dog and work with the local animal services agency to find his owners. So, they dropped the dog off and continued on their road trip. But they couldn’t stop thinking about this wandering pup.

Kelly and Charae kept in contact with the shelter in Siskyou County where the dog, now named Briar, was held. His owners never came looking for him, so he was transferred to the local humane society for adoption. In an ironic twist, Briar was selected as a candidate for Oregon Humane Society’s Second Chance program and was transferred to Portland. When Kelly and Charae were notified that Briar was being sent to Portland, they were in shock.

“If that wasn’t a sign that he was meant to be our dog, I don’t know what is,” says Kelly.

They called OHS explaining the story and submitted a questionnaire to adopt Briar. During the adoption appointment, Paddy and Briar greeted each other like long lost brothers. They immediately began romping around, wrestling and playing like they’d known each other for years.

Seeing Briar with Paddy, Charae and Kelly was a magical moment for OHS staff, too.

“It’s so rare that we see this kind of instant connection,” says Lori Lacell, OHS Customer Care Representative. “Briar clearly remembered them and was happy to see them.”

“He truly found us,” adds Charae. 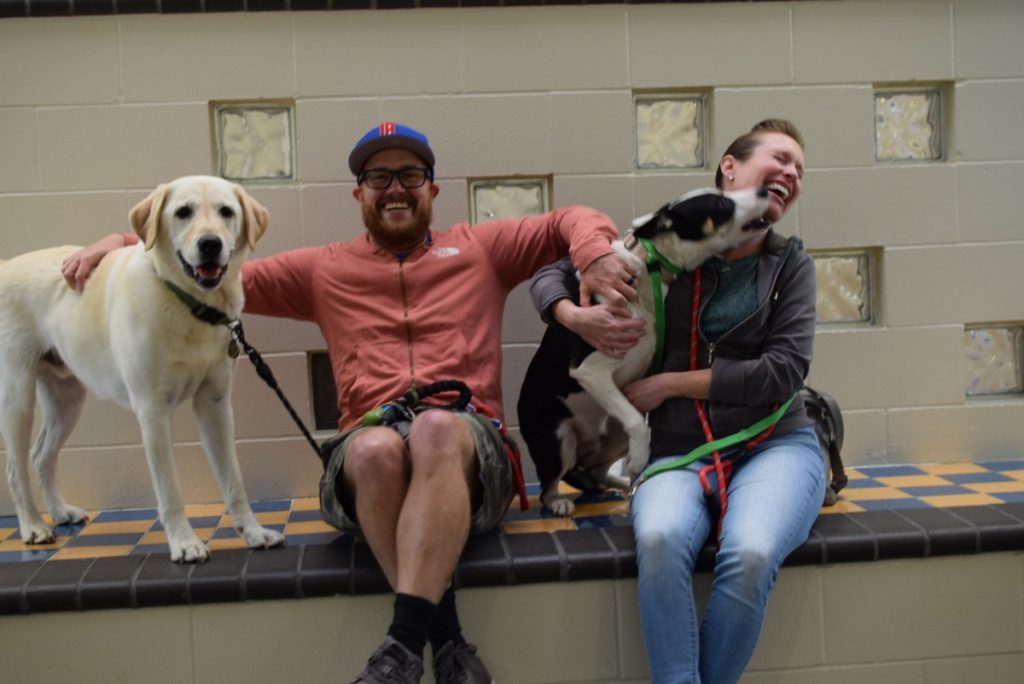