Once a victim of horrific neglect, Swan transforms into a loving, beautiful cat.

Swan’s perfect white coat and gleaming gold eyes hide a painful past of trauma and neglect. But it’s his transformation, from a cat who was clinging to life to an elegant feline, that earned him the name “Swan.”

When Swan was rescued in late 2018, he was locked in a laundry basket in the back of a moving truck. It was hard to tell how long he’d been there, but he was emaciated and terrified. He was one of 35 cats who had endured terrible neglect and freezing temperatures.

Swan and four other cats were the most critically ill and faced a tenuous future. They were transferred to OHS to receive ongoing medical care and time in an experienced, loving foster home.

The neglect had taken a heavy toll. Swan would rarely look up or make eye contact, so the OHS veterinarians thought he might be blind. In his weakened state, he was barely able to stand and would go to the bathroom lying on a towel. His recovery would be long and difficult; He would need to gain weight, build his strength, and learn to walk, use the litter box, and trust. What Swan’s previous owners took away, the medical team at OHS worked diligently to put back.

In February, Swan was placed in a foster home with Stacey Schroeder and her family. They didn’t have other pets and their home provided a quiet space where Swan could learn to be a cat. As a nurse, Stacey understood that progress would be measured in small increments. “At first, I could feel every vertebrae, says Stacey. “Now, seven months later, I can’t at all.”

It took many months, but slowly Swan started to blossom. He gained weight, began purring and seeking affection. It was like he was waking up from a terrible nightmare. After almost six months, Swan began to use the litter box regularly. Now, Swan can walk, get in and out of the litter box, and play with toys.

Swan also began to express his appreciation to Stacey and her family for giving him the love and space he needed to heal. His gentle devotion is evident as he sleeps on the floor next to Stacy’s side of the bed. He meows in harmony as Stacey sings to her kids before bedtime.  “It is one of the most amazing things I’ve heard,” adds Stacey.

He loves playing with toys and is docile as the children pet and talk to him. He often drags one of Stacey’s socks into his bed to keep a familiar scent close by.

“He is an extraordinary cat,” says Stacey. “He wants to do well. You can just see it in his eyes.”

Swan is now ready for his next chapter – a forever home. While he has made an incredible transformation, he will need a home that understands his special needs.

To learn more about Swan or to set up a meeting, contact [email protected]. 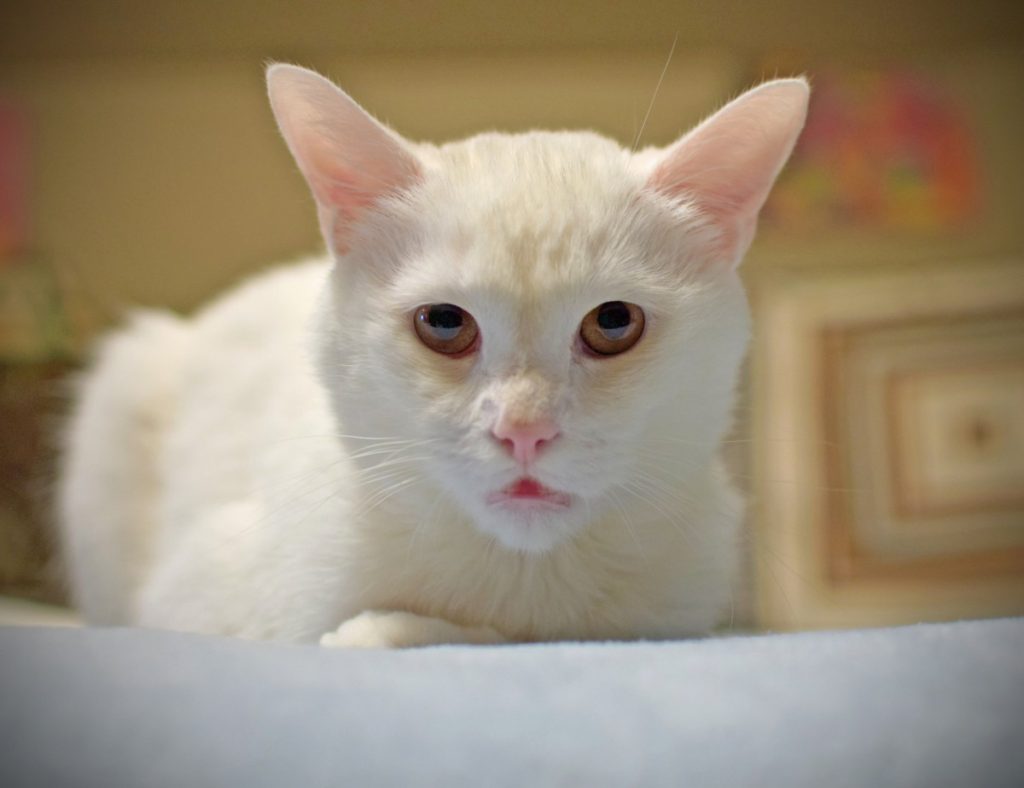 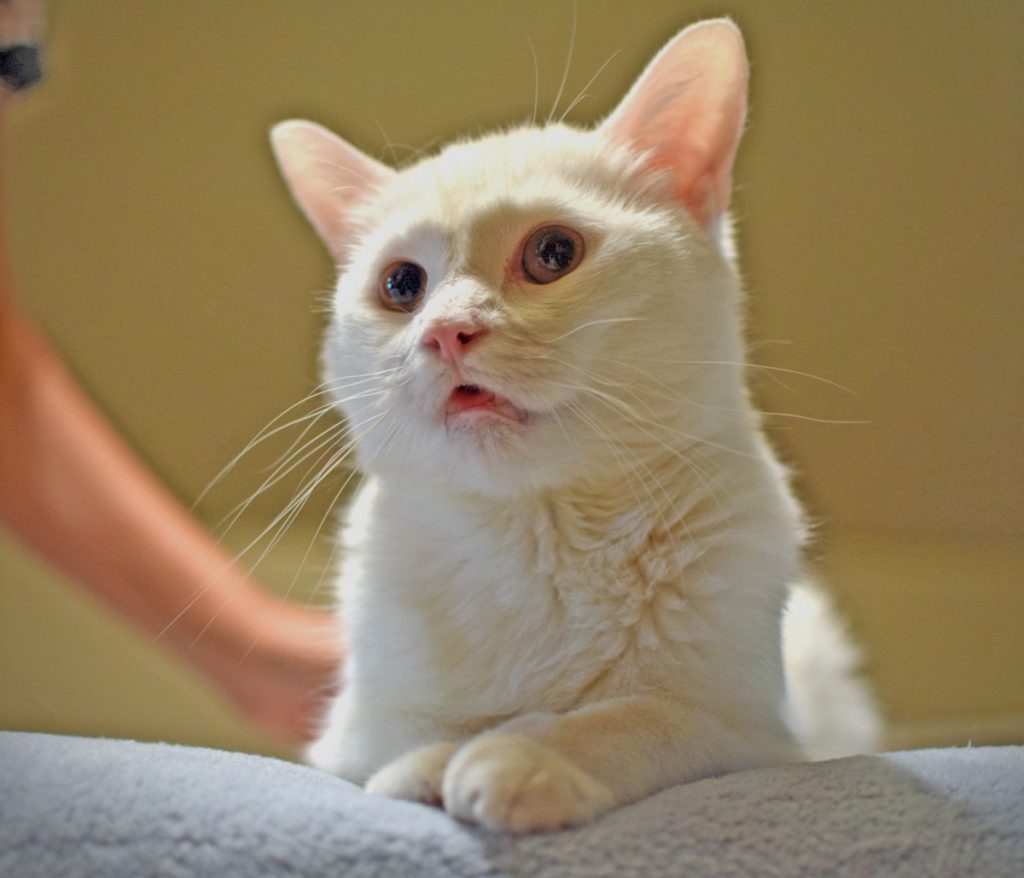 Swan purrs and chirps when he is around people he knows. 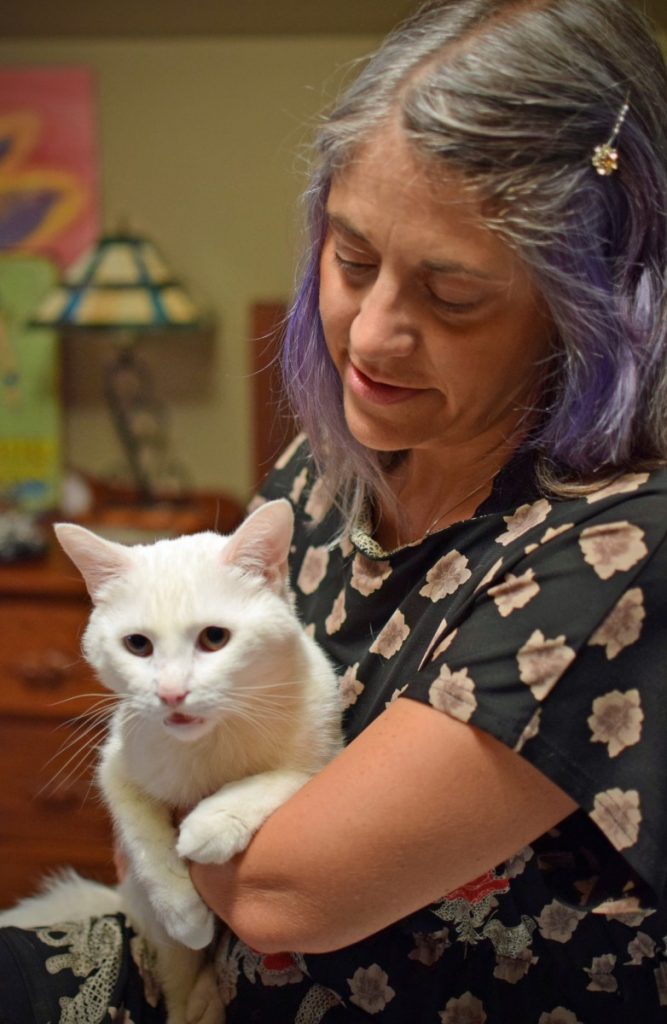 Love and care in Swan’s foster home has helped him thrive. 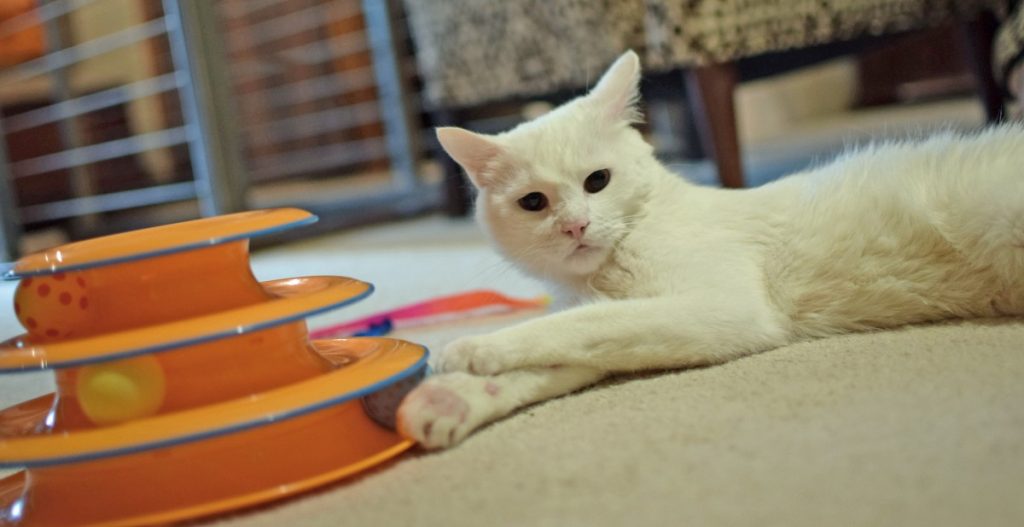 When he first came to OHS, vets were worried that Swan was blind. Now he loves to follow the ball around his favorite toy. 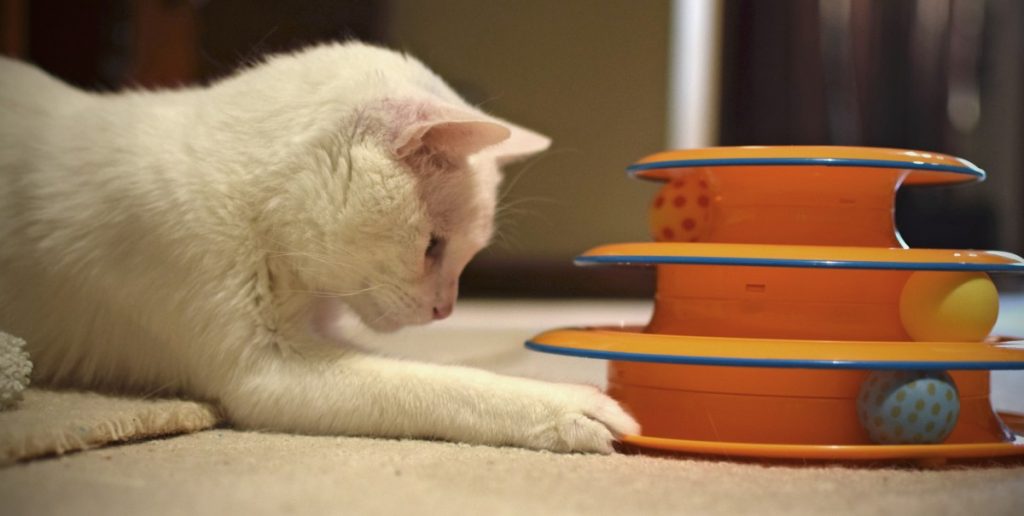 Swan enjoys a variety of toys in his foster home. 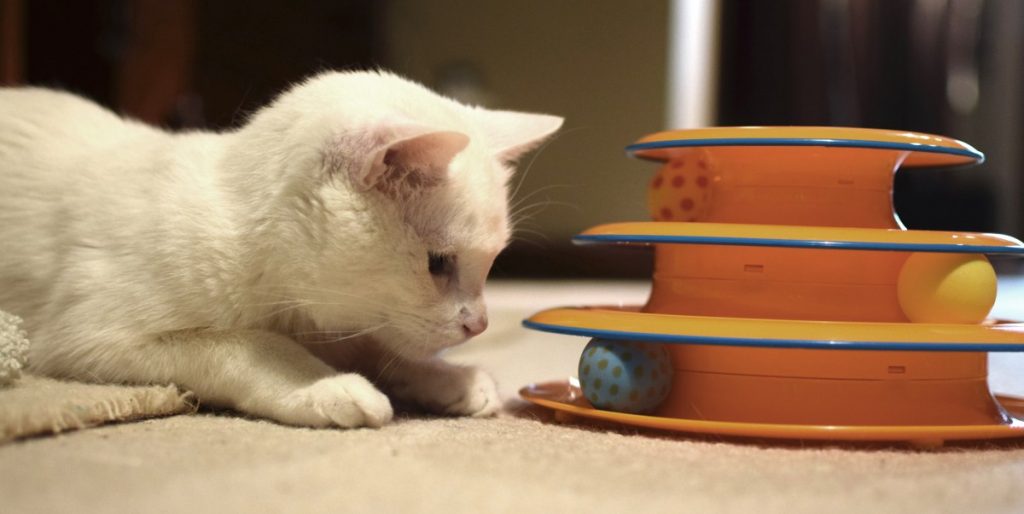 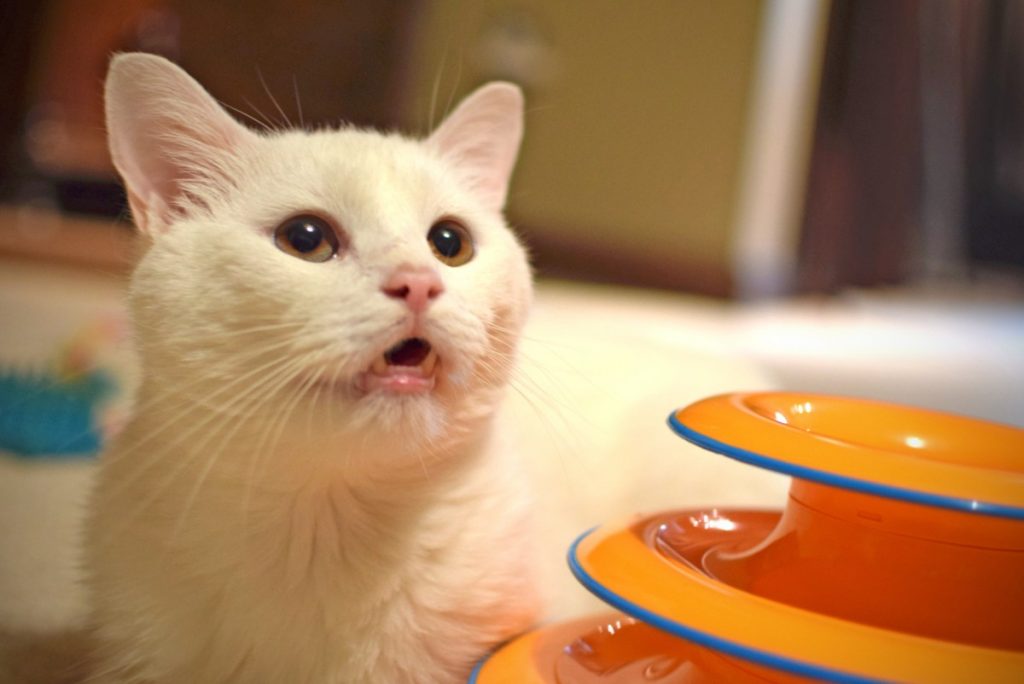 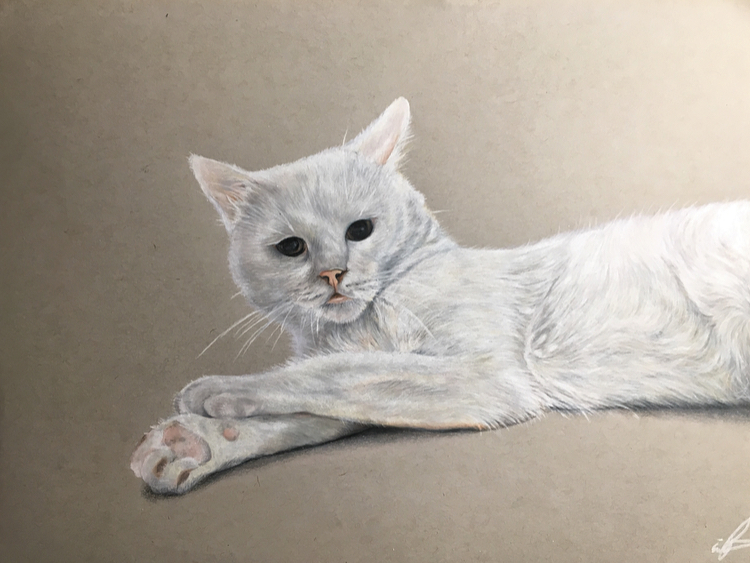 Local illustrator Emily Rassi created this incredible drawing of Swan to go home with his adopter.