Justice was served for animals last week as the result of a major OHS investigation involving more than 100 neglected dogs and horses in Rainier. A Columbia County jury found the owner guilty of 43 felony neglect charges.

The verdict came nearly two years after OHS mounted a major rescue operation to help animals in a breeding facility owned by Rainier resident Catherine Setere. Working in cooperation with the Columbia County Sheriff’s office and the Rainier Police Department, OHS rescued 118 dogs and 21 horses from Setere’s property on November 13, 2013.

“This sentence sends a strong message that animal neglect will not be tolerated in Oregon. The neglect in this case involved so many animals that it rose to the level of a felony offense. I think today’s sentencing reflects how serious these crimes were,” said Sharon Harmon, OHS executive director.

Ownership of nearly all the rescued animals was transferred to OHS last year so they could find adopted homes. To date, all of the forfeited animals, with the exception of one horse in foster care of Gresham nonprofit Sound Equine Options, have been adopted or transferred to other humane organizations committed to finding them homes.

On Oct. 23, OHS gained ownership of the final 11 dogs who had not been previously forfeited to OHS. Other aspects of the sentencing: Columbia County Circuit Court Judge Ted Grove imposed a three-year prohibition on Setere owning animals of any kind, including livestock, and he set a restitution hearing for January 16.

“We are very grateful that after 23 months, the foster parents caring for this final group of 11 dogs can breathe a sigh of relief knowing that the future of these pets is no longer in doubt,” said Harmon. “Our thanks to go Jacob Kamins, deputy district attorney, for the time and energy he devoted to prosecuting this case over the last two years.”

The 11 dogs will be made available for adoption at OHS beginning next week. Please watch our website for more details and to see photos of the dogs when available.

“These animals had been living in heartbreaking conditions,” said OHS Executive Director Sharon Harmon. Some dogs were found living in kennels with piles of fecal waste, wooden flooring saturated with urine and no access to water.

Setere faces a maximum penalty of $125,000 and up to five years of jail time on each felony count. A sentencing hearing will take place Oct. 22 in Columbia County Circuit Court. The felony charges are the result of a 2014 Oregon law that allows prosecutors to bring felony charges against animal owners who neglect more than ten animals. The law was strongly supported by OHS because it addressed the unique problem of large-scale neglect that can occur in criminal cases involving animal hoarders and breeding operations. Each felony count is punishable by up to five years in jail and a fine of up to $125,000.

Immediately after the dogs were removed from Setere’s property on Karr Road in 2013, they were transported to an emergency animal shelter created by OHS in a Portland warehouse. The emergency facility was needed because the number of rescued animals greatly exceeded the capacity of the OHS shelter. The emergency shelter was used for more than a year as a legal battle ensued, with staff and volunteers visiting the emergency shelter daily to care, feed and socialize the rescued dogs.

Convicted on All Counts

“Last week’s jury verdict is the culmination of nearly two years of work,” said Harmon. “The OHS team meticulously gathered a huge amount of evidence to document the neglectful conditions these animals were living in. The jury found that evidence persuasive, convicting the defendant of every count that was presented to them.”

A Columbia County judge last year transferred ownership of nearly all the rescued dogs to OHS so they could find adopted homes. To date, all of the forfeited animals, with the exception of a horse still in foster care, have been adopted or transferred to other humane organizations committed to finding them homes.

The 118 dogs rescued included 67 Akitas and many small breeds such as dachshunds, terriers and poodles. The horses seized were cared for by Sound Equine Options, a Gresham-based  nonprofit. The Columbia Humane Society cared for 20 of the dogs at their facility in St. Helens. Thanks also to Boulder Humane Society in Colorado and the ASPCA in New York for their assistance with many of the rescued dogs.

During the past two years, OHS was fortunate to receive significant support for the rescued animals from Howard Hedinger, PetSmart Charities and the Petco Foundation. 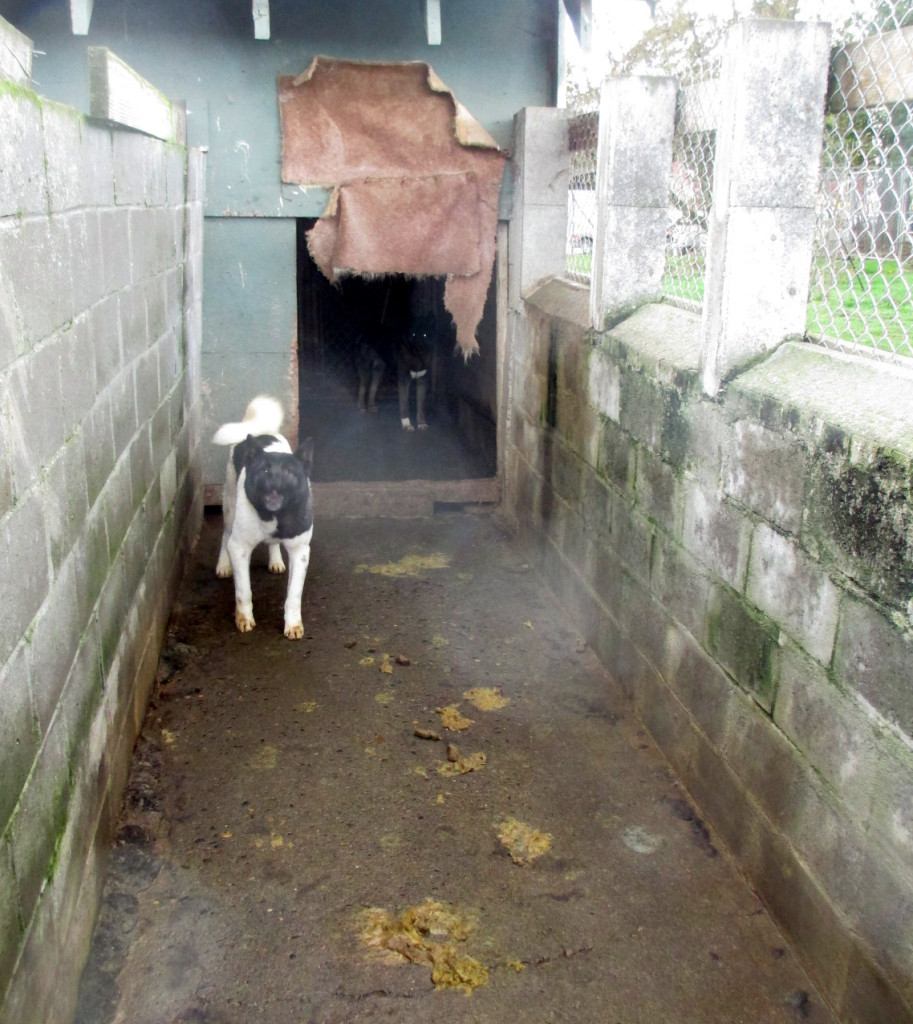 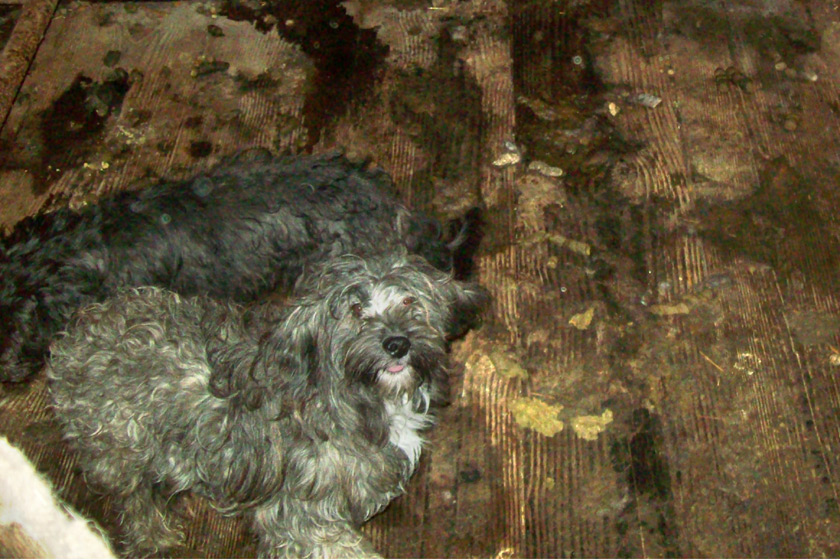 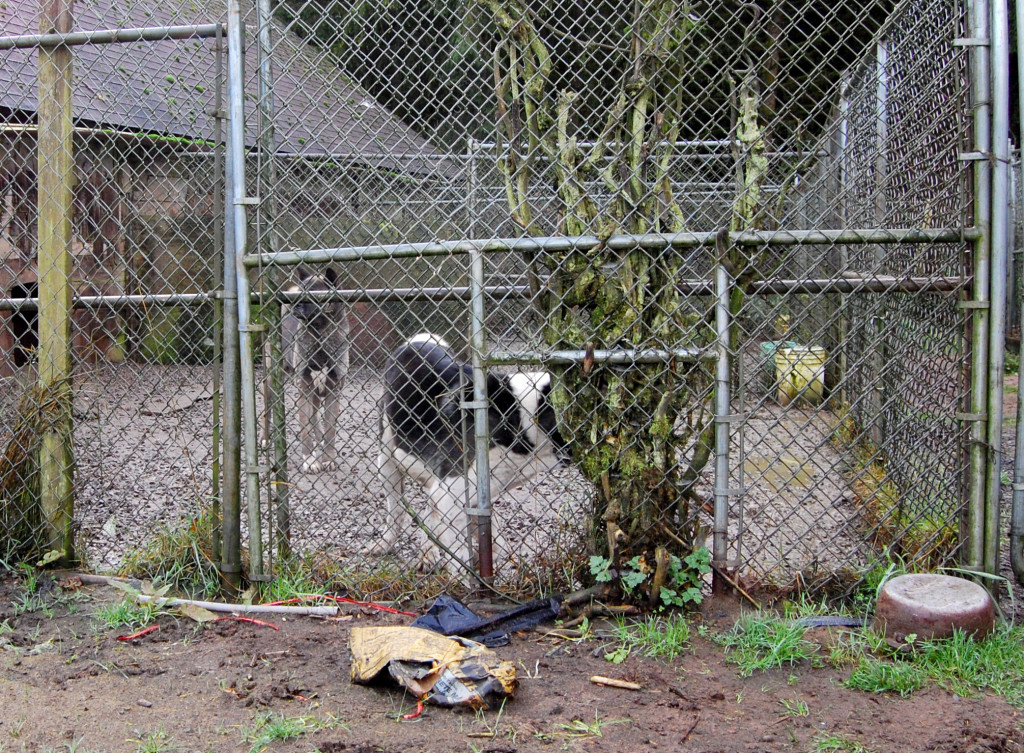 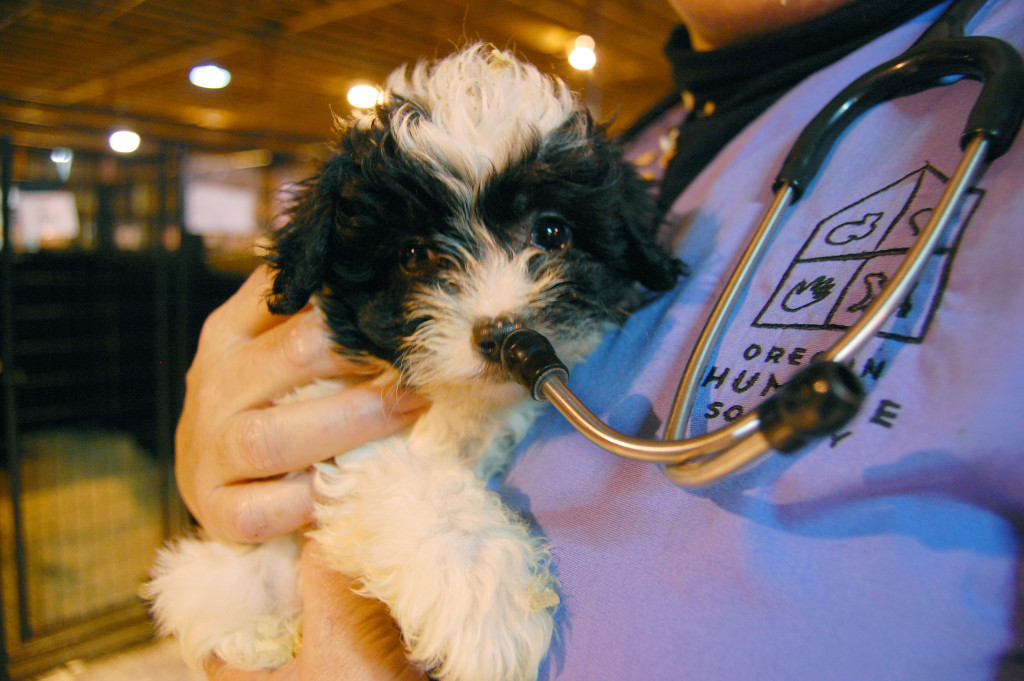 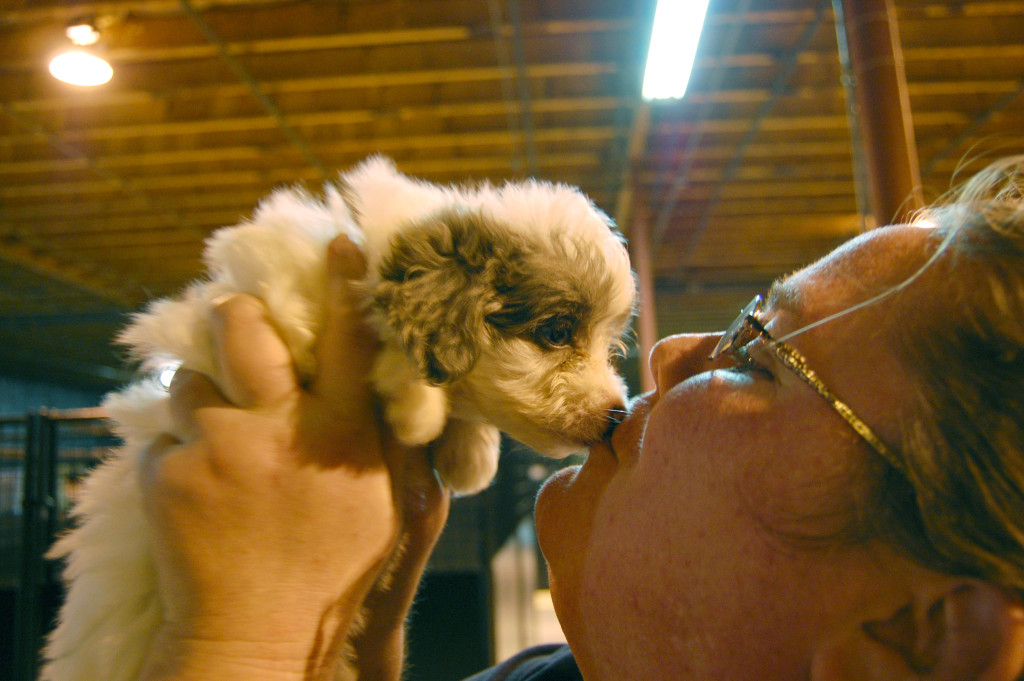 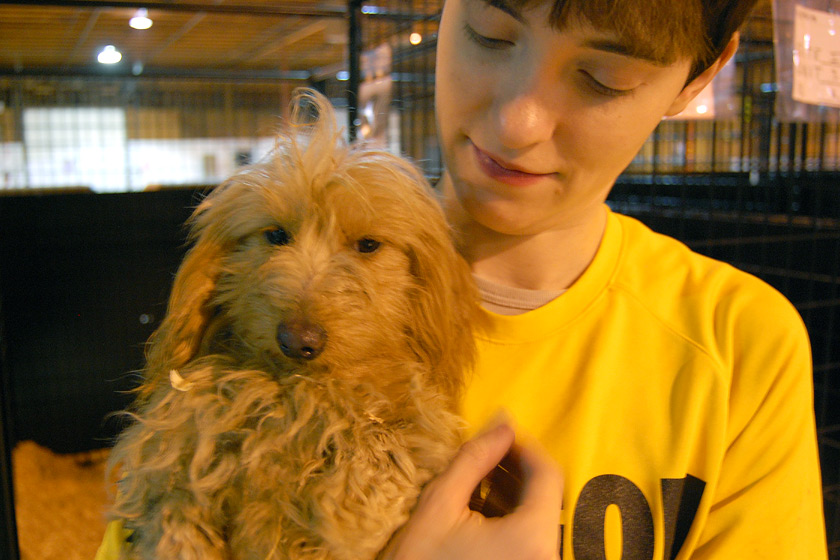 The rescue, the legal case and the continued care of the animals was a huge undertaking. OHS, which receives no tax dollars, spent hundreds of thousands of dollars investigating the case and providing needed animal care over two years.

To help support these and other OHS efforts to fight animal cruelty, make your online donation now. OHS Humane Special Agents are commissioned to enforce animal cruelty laws anywhere in Oregon, but they rely entirely on donations.