Answering the call when disaster strikes 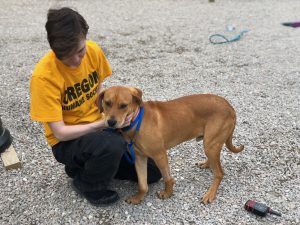 “How can we help?” This is always the first question that comes up at OHS when a natural disaster hits. Days after the deadly tornadoes touched down in Alabama, OHS was contacted by the Humane Society of the United States (HSUS) to see if our shelter could take in any of the 150 pets they were transporting out of shelters from the area. Transporting shelter pets, who are already available for adoption, out of an affected area is one of the best ways to free up space and resources in the days following a disaster.

The OHS Operations team gathered to make sure there would be room for the pets from Alabama without disrupting any of the regularly scheduled transfers of pets from shelter partners including Multnomah and Washington County Animal Services. The answer was a resounding “yes, we can help.”

Before the pets began their journey to Oregon, a member of the OHS Admissions team, Luba Wagner, went to Alabama to help the HSUS team prepare the animals, organize paperwork and load the plane.

On Sunday, the eight agencies gathered their vehicles on the tarmac, eagerly awaiting the arrival of the dogs and cats from Alabama. There was a great camaraderie among the group – a wonderful testament to the collective compassion in the Northwest. As the plane touched down the group erupted in applause.

Of the 150 pets on the flight, OHS received 47 of them: 17 dogs and 30 cats. One by one, each crate was unloaded and sorted. OHS brought two vehicles – one to transport the cats and one for dogs. After a long flight together, it was time for the cats to enjoy some quiet time, away from the barking dogs.

Back at OHS, the pets were checked in, given a quick assessment and settled in for the night on soft beds in their kennels. On Monday afternoon some will begin the last leg of their journey – to an adoptive home. The OHS website will post these pets as they become available for adoption. See all available pets here. 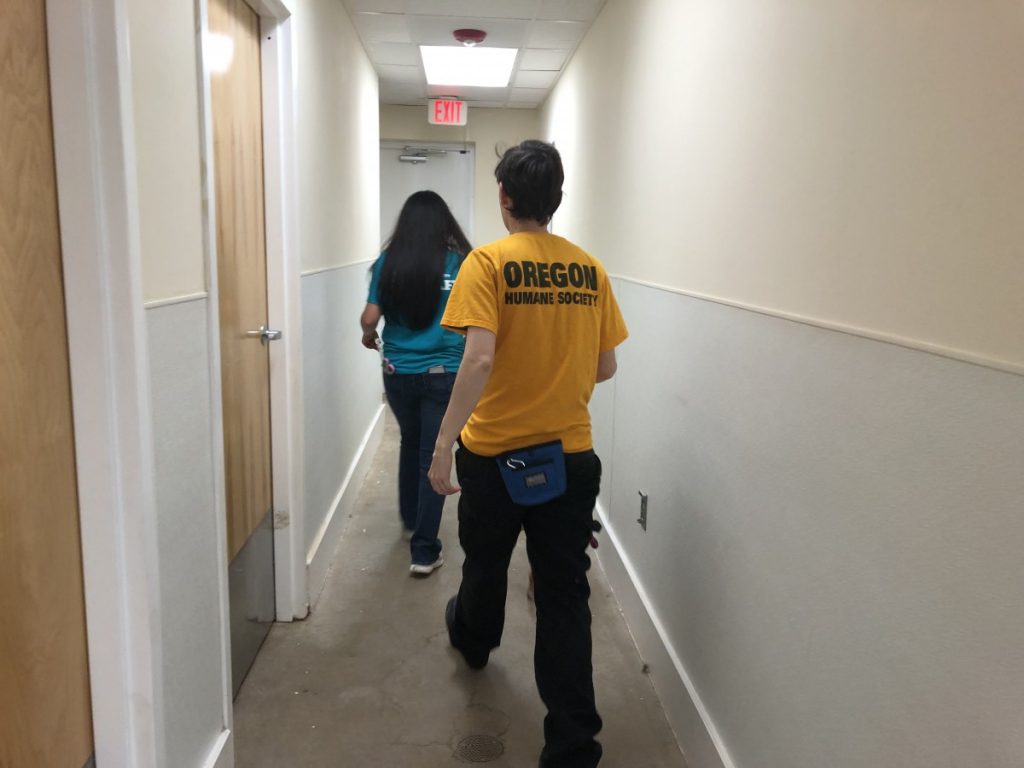 Luba Wagner from the OHS Admissions team helped the pets in Alabama get ready for transport. 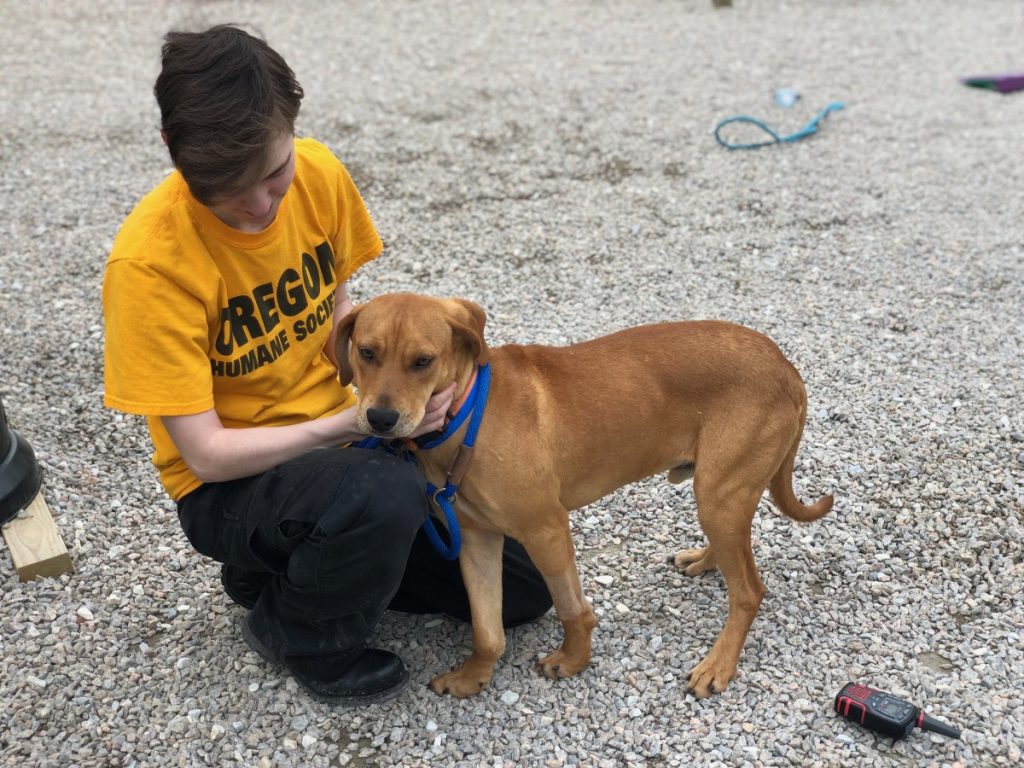 HSUS led the operation on the ground in Alabama. Each animal was carefully unloaded after the long trip from Alabama.

Diamond, a basset-mix, arriving in Oregon. She is one of the nearly 50 pets who came to OHS on March 10. The Admission team hard at work, checking in the 30 cats who arrived at OHS from Alabama. 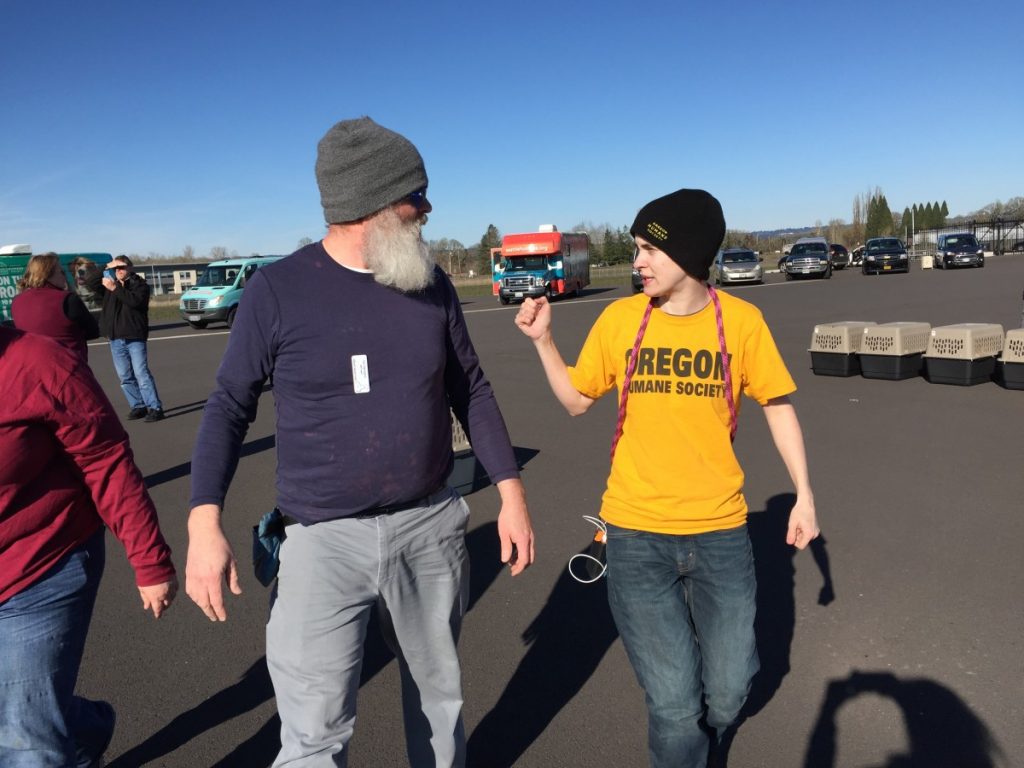 Luba connects with her colleague from Willamette Humane Society. Eight shelters took in pets from tornado-affected areas in Alabama. The unloading, sorting and reloading took less than an hour thanks to an army of staff and volunteers. 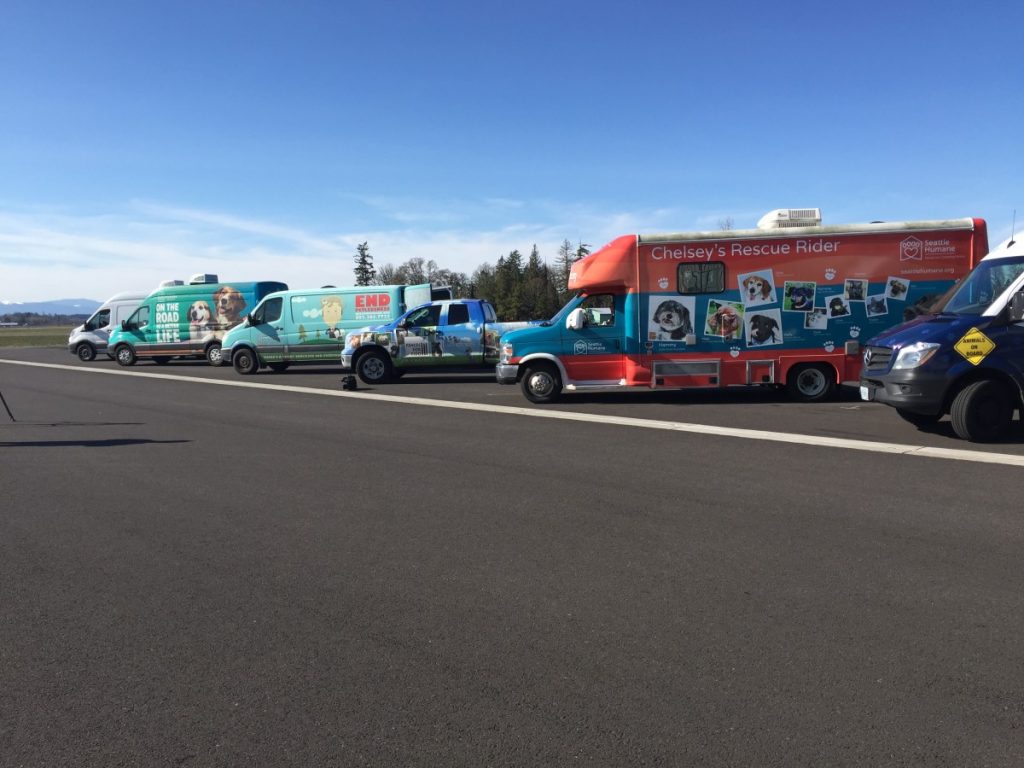 HSUS organized the crates with color codes so each agency knew which pets they were taking. 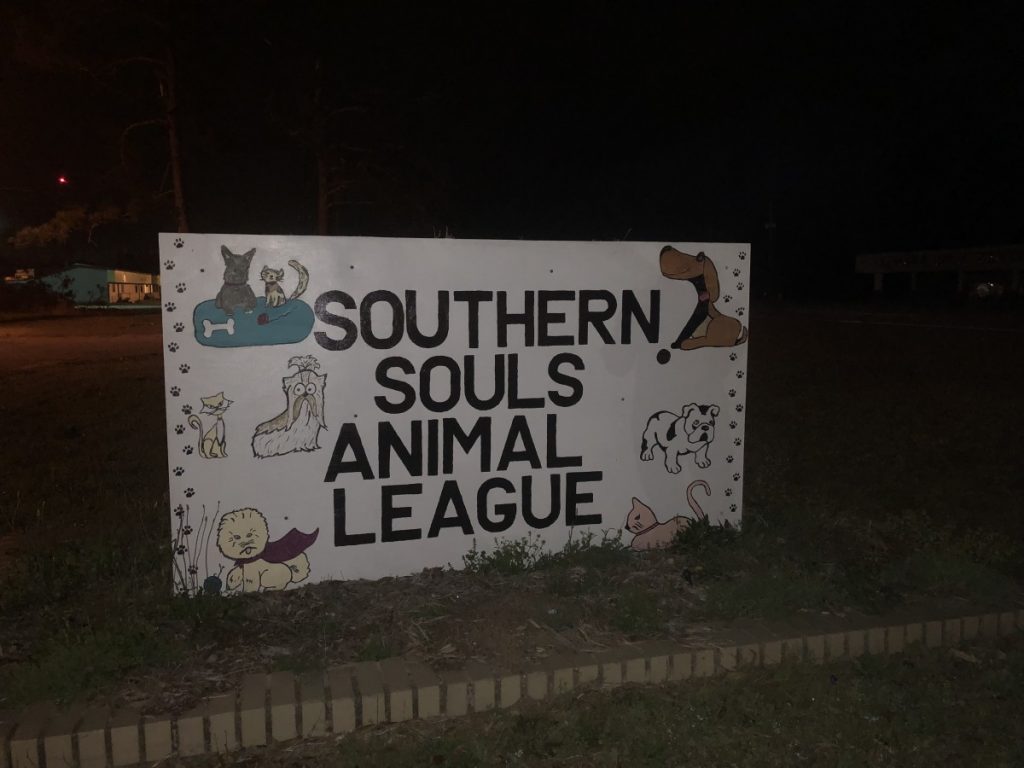 Some of the pets who arrived in Oregon were from Southern Souls Animal League which was damaged in the Alabama tornadoes. By helping Lee County Humane Society, they have additional space and resources to help the local community affected by the tornadoes. 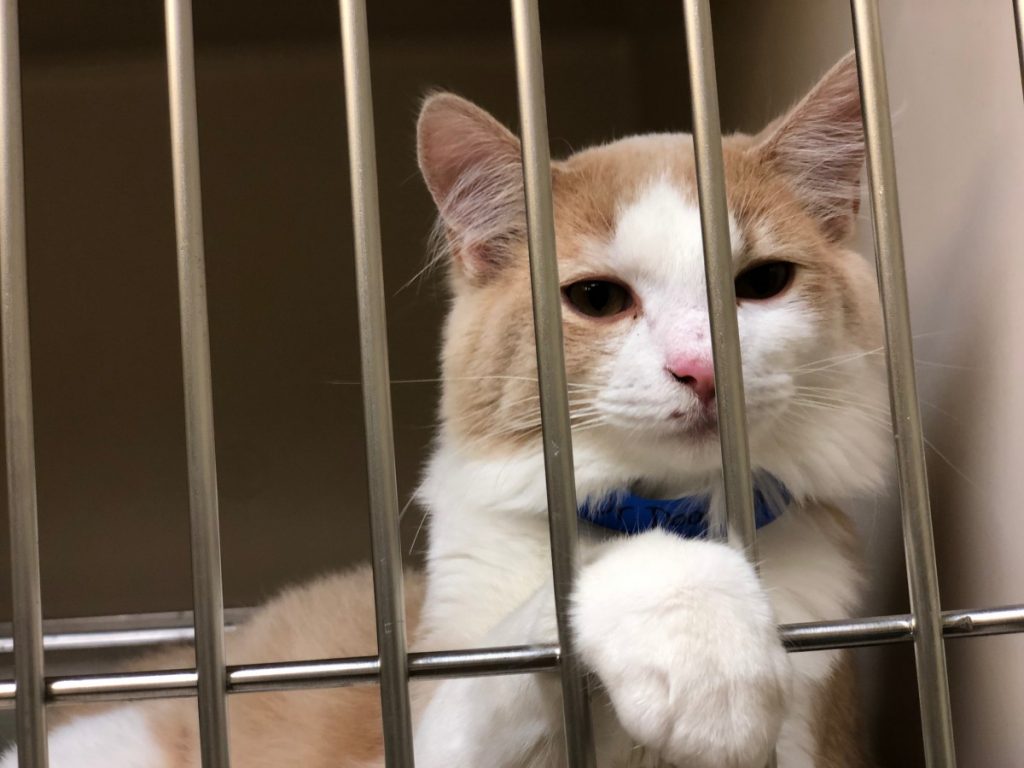 30 cats from Alabama arrived at OHS.