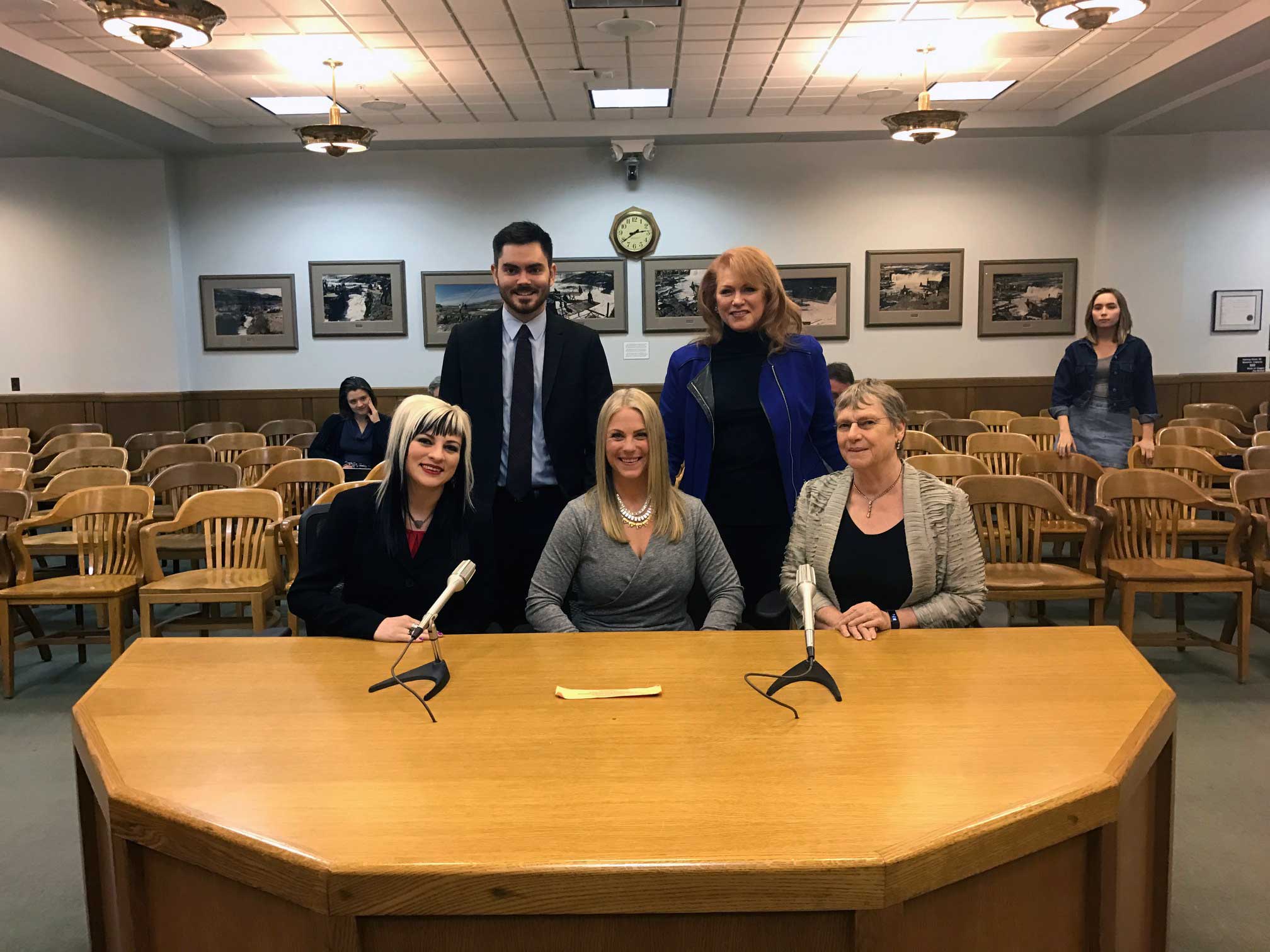 In 2019, Oregon Humane Society was active in proposing improvements to existing laws, supporting bills that promoted the welfare of animals statewide, and opposing bills that would be detrimental to animal welfare.

Over the course of this session, representatives from OHS attended hearings, submitted written testimony, met directly with state representatives, collaborated with various interest groups, and aided in drafting bill language. Each year we fight to give a voice to animals at the legislative level and we have a history of success in that regard. Influencing change through the law can be a long process that requires patience and compromise. Inevitably varying interests can result in a piece of legislation taking more than one session to pass. The following is a synopsis of the outcomes stemming from our advocacy at the Capitol this year.

SB 883 was the focus of OHS’ legislative agenda this year. This bill aimed to streamline the enforcement of the Senate Bill 6 rescue licensing regulations that were passed in 2013. In 2013, OHS assisted Marion Co. Sheriff’s Office with the execution of a warrant at a warehouse leased by Willamette Animal Rescue. OHS took in over 100 sick and starving dogs that night and the citizens of Oregon were outraged that an animal rescue could hide and neglect so many dogs for as long as they did. In response to this case, the Oregon Legislature passed Senate Bill 6 which included an animal rescue licensing requirement to be implemented statewide but enforced at the county level. Six years later OHS identified a need for more uniform and consistent enforcement of this law. Senate Bill 883 amends the existing animal licensing statute to move the enforcement authority from the county level to the state level by naming the State Veterinarian as the “enforcing agency.” This will make great strides in serving the original purpose of the law—to prevent fraudulent and “bad actor” animal rescues from exploiting a vulnerable population of animals

OHS came out in support of this bill which was proposed to Senator Steiner Hayward by students from Elmonica Elementary School in Beaverton. The bill required research facilities to offer cats and dogs for adoption instead of euthanizing them at the conclusion of the research. This law will not only save the lives of thousands of animals but enrich the lives of the people who open their homes to them. We saw this in 2012 when OHS partnered with OSU to transfer and rehome 6 dogs that were used in a cardiology research study at the university. This was a hugely successful endeavor and one of the research assistants who had bonded with one of the dogs over the course of the study was able to adopt that dog, Emma, and introduce her into the first home she had ever lived in.

This bill modified existing law regarding the mandatory reports of suspected child abuse to include animal control officers. There is a clear connection between the mistreatment of animals and the abuse and/or neglect of children. It is important for any discipline involved in either field to cross report when there is a concern about the welfare of a vulnerable victim.

Bills OHS Supported that did NOT pass

The language of this bill prohibited a person from conducting or participating in a contest, competition, tournament or derby with the objective of killing coyotes for a prize or other reward. This bill generated a lot of discussion between various interest groups across the state. OHS joined a coalition of state and national conservation and animal welfare organizations in support of this bill. We were joined in that effort by Mike Finley, chair of the Oregon Fish and Wildlife Commission. The bill was passed out of the Senate on June 5th but did not pass out of the House Committee On Rules during this session.

This bill prohibited retail pet stores from selling or offering to sell any dog, cat, or rabbit acquired from a source other than an animal shelter or a rescue organization. In an effort to combat the poor conditions associated with the mass commercial production of domestic animals, this bill aimed to redirect the focus on animal rescues and shelters. Many cities and states have adopted this model in their retail pet stores but there was not enough consensus in the Oregon Legislature to move this bill out of committee during this session.

This bill proposed creating a personal income tax subtraction for adopting dogs and cats from animal rescue entities. There were two public hearings held on this bill but ultimately it did not get the support it needed to move it out of committee during this session.

Other Animal Related Bills to Note

HB 2500 was successfully passed during this session. This bill created a private right of action for an individual to recover veterinary expenditures made on behalf of abused domestic animals.

This bill made modifications to the existing law, ORS 811.200, addressing dogs being carried on the external part of a vehicle. This bill did not receive a public hearing and did not move out of committee during this session.

This resolution sought to designate rescued shelter dogs and cats as the official state pet. This resolution did not receive a public hearing and did not move out of committee during this session.

This bill prohibits the use of cyanide devices to control wildlife. This bill passed and will be effective January 1, 2020.

This bill expands on the foundation OHS helped establish in 2011 for egg laying hens and their living conditions. It broadens the scope of which producers are required to meet the standards and increases oversight of the standards. This bill was successfully passed during this session.

How You Can Help

One of the most important things individuals can do to advocate for animals is to contact your local legislators. Let them know which animal rights issues concern you and your community.