Even though OHS hit a new milestone in 2018 by topping 12,000 adoptions, eight of those pets hold a special place in the hearts and history at OHS. They’re from a dog meat farm in South Korea. And as 2018 came to a close, the last dog left for her forever home.

The dogs made the 6,000 mile trip to Oregon via a partnership with Humane Society International (HSI). They were part of a group of 200 dogs moved to shelters and rescues around the world after HSI worked with a farmer to transition to a more profitable and humane business. This was the 13th dog meat farm HSI was able to shut down since 2015, and the first time OHS has participated in this type of global partnership. The footage of the dog’s living conditions in South Korea was difficult to watch. They were housed in small wire cages with no floors, dripping in waste. OHS committed to playing a part in helping these dogs start a new chapter in their life.

Their arrival on Oct. 6 was eagerly anticipated at OHS.

Eight dogs, each one an individual, saved from the same cruel life and gruesome fate.

“We weren’t sure what to expect,” says Tanya Roberts, OHS Senior Manager of Training and Behavior.  “But we assembled a team with behavior expertise to welcome these dogs, assess their needs and develop a plan.”

Flexibility, patience and creativity were critical to getting the dogs ready for adoption.

“Many of them were afraid of their food bowls,” says Tanya. “We realized that they had probably never eaten out of a bowl before so we spread their food on the floor of their kennel. It worked and also made us realize that we had a lot to discover about these dogs.”

Luba Wagner from the OHS Admissions Team led the day-to-day behavior management of the dogs. She tapped into the dogs’ relationship with other dogs to help them progress.

The first dog to go home in late October was Gavin. One at a time, they progressed and became available for adoption. Aspen was the last to leave, just before the holidays.

Each dog’s journey home was as unique as they are.

Gavin, a friendly Lhasa-Apso mix, was ready for a new home almost immediately. A quick grooming by OHS volunteers was all he needed. His story caught the eye of an OHS Instagram follower who rushed to OHS to meet him. Gavin’s adopter renamed him Aga, “baby” in Korean, to honor her Korean heritage.

Yogi, the happy Malamute mix, was also ready to go home after a three-hour grooming by OHS volunteers. Yogi became a social media favorite so large crowds were expected on the day she was available for adoption. The crowds never came, leaving the staff at OHS puzzled and sad. Her perfect home was waiting for her and a few days later she left with a loving adopter who connected with her immediately calling Yogi “her soul mate.”

Pearl, a sweet little spotted Spaniel mix who resembled an artic fox, became a happy, lively little dog after spending extra time out of her kennel and playing with a dog in the office of an OHS employee. She became especially fond of playing ball and shredding paper. Pearl’s adopter called her a blessing and that she “couldn’t have asked for a better companion.”

Mika the playful, compact Shiba Inu mix was a curious combination of outgoing and timid. She was eager for attention but then wasn’t sure how to interact. This could have been the result of living in a cage on the dog-meat farm – spending her days barking for attention, but never having the chance to actually interact with people. Her adopters report that she loves to play with toys and has learned a few new tricks, like shake and stay.

Zach, the lanky young Jindo mix with an endearing under bite, found his place when he began helping fellow South Korean dog Clayton explore outside his kennel. Zach also loved playing with every dog he met at OHS, including employees’ dogs. He found his forever home with a young couple who have experience with shy dogs. Zach instantly bonded with their dog during their first meeting.

Clayton, the fluffy Briard, was a shy and gentle dog who displayed some mysterious behavior after he arrived. “He was very dehydrated, but would not drink,” says Tanya. “We noticed one day that he was licking the bars of his kennel and realized his only source of water in South Korea was rain on the bars of his cage.” As soon as the team offered water from their hands or pooled on the floor, Clayton enthusiastically licked it up. Clayton moved on to his next chapter as a beloved pet right after Thanksgiving.

Phoebe, a terrier mix, underwent the most dramatic behavioral transformation. After her arrival in October, she hid under a blanket, growling and barking for weeks. She wouldn’t lie on a bed, eat from a bowl or let anyone near her. With a lot of patience and help from other dogs, Phoebe’s real personality emerged. “It was a like a light switch went on,” says Luba. “She realized she was safe and let herself be a dog.” When a potential adopter came in to OHS to meet Phoebe, she greeted them with tail wags and play bows and made instant friends with their dog.

Aspen, a terrier-spaniel mix, was the last to be adopted which surprised many people since she had been more social than Phoebe. Aspen loved to play with other dogs, but it seemed like every day another one of her playmates was getting adopted while she sat and waited. When it was Aspen’s time to find a forever home, her prospective adopter came in multiple times to put her at ease. Aspen bonded with her new canine sibling and has left her shy life behind. Her adopters write, “She will let me know I’m not done petting her yet by putting her paw on me or just flopping her whole self into my lap. She is just very easy and loving and happy.” 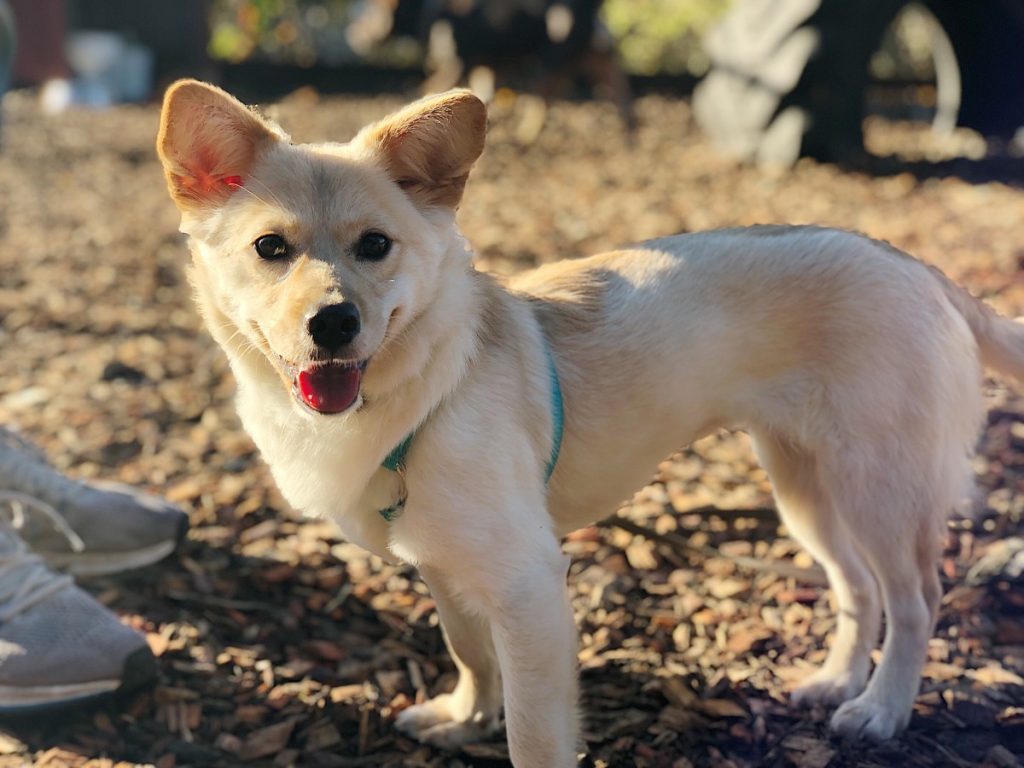 When she arrived at OHS, Phoebe would hide under her blanket and growl at everyone. 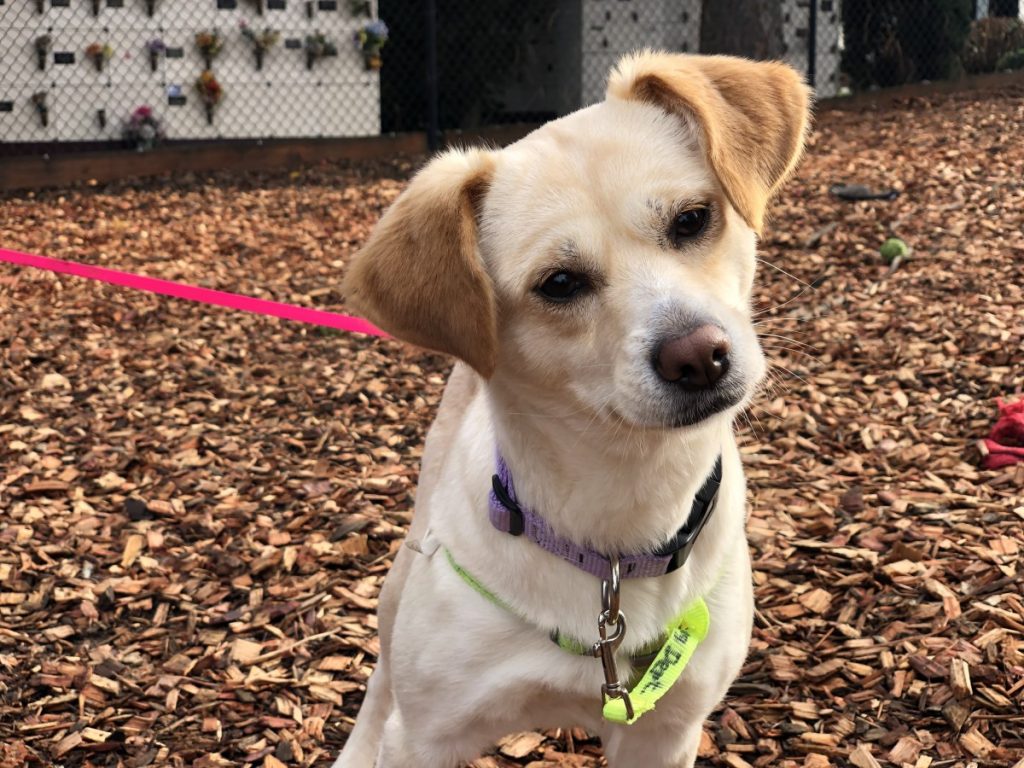 As much as Aspen loved to play with other dogs, she was very reluctant to walk on a leash. 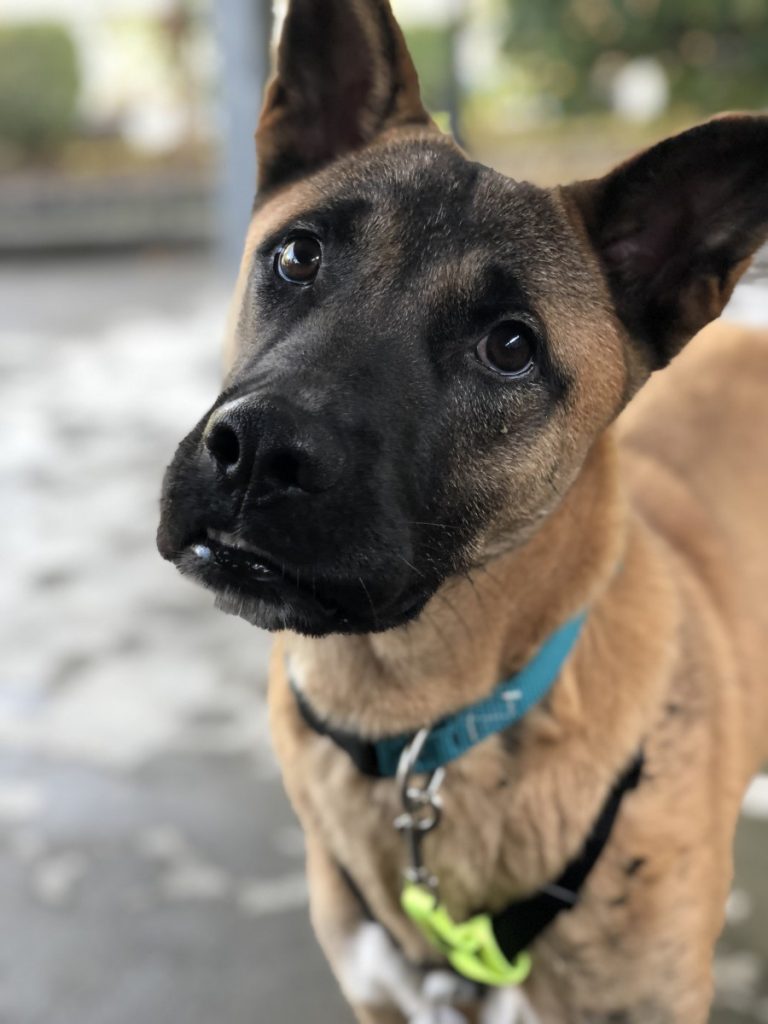 Zach made huge strides when he spent time in the offices at OHS. 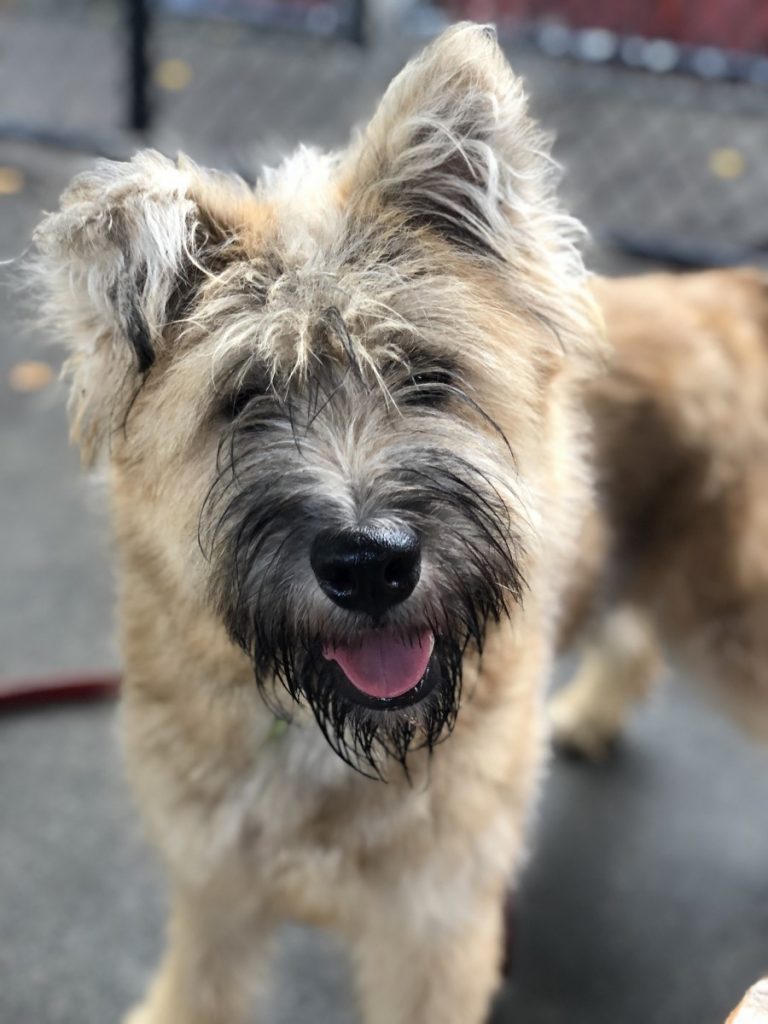 Clayton first stepped out of his kennel with the help of his canine buddy, Zach. 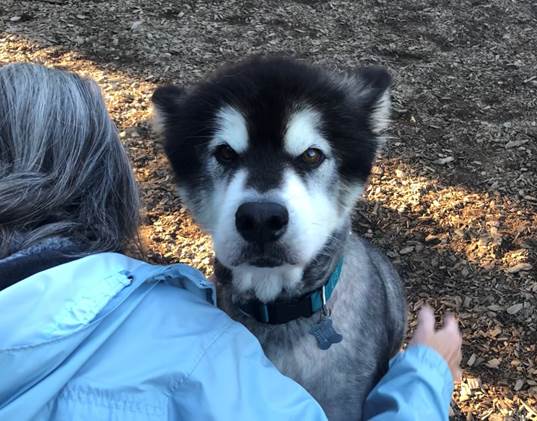 Yogi was sweet and tolerant during her marathon three-hour grooming session. 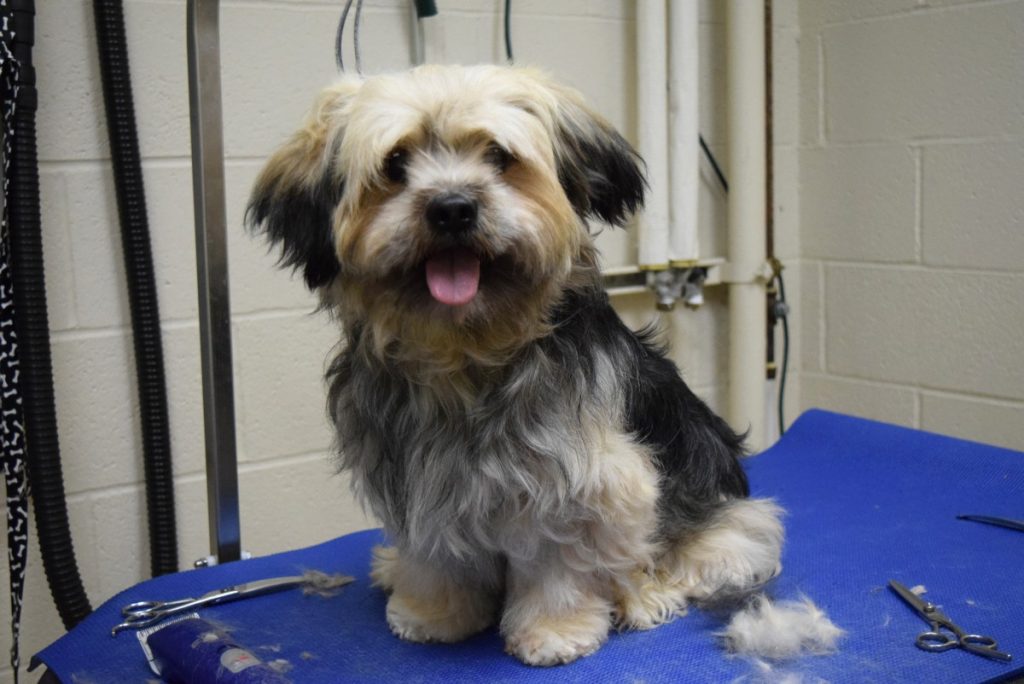 Gavin was even more adorable after his grooming. Pearl relaxes after playing with some OHS canine friends. 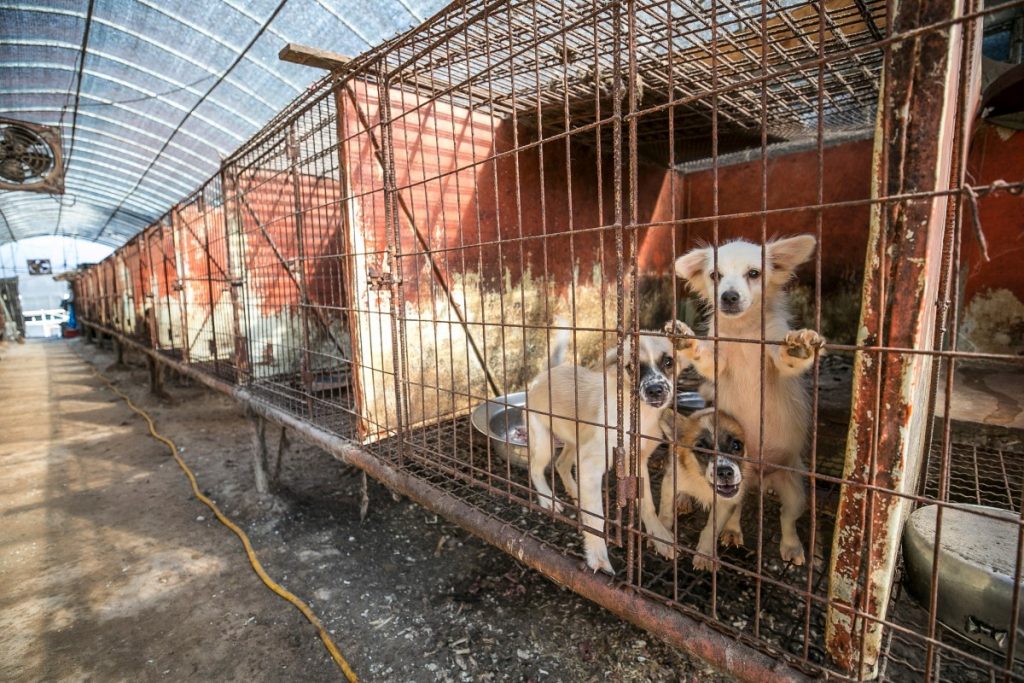 Multiple dogs in wire cages in a dog-meat farm in South Korea. Mika was playful yet tentative about the world around her. 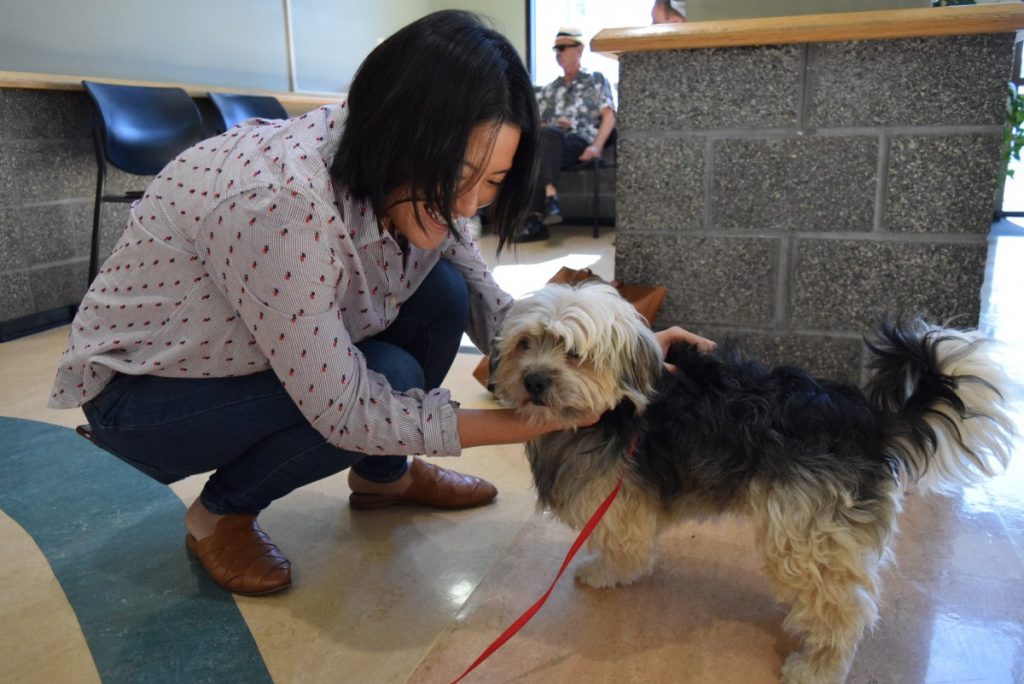 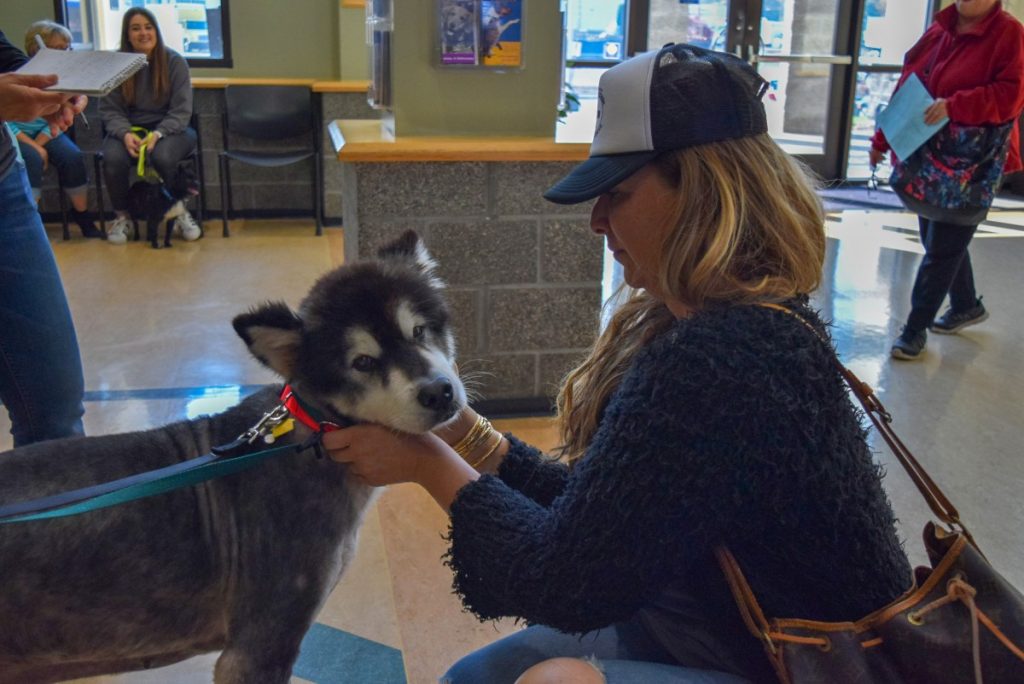 Yogi and her adopter had an instant connection.