Brian August, chief operations officer for the Oregon Humane Society, arrived in Santa Barbara on Dec. 18 to assist with emergency response efforts for pets affected by one of the largest wildfires in California history.

Santa Barbara County Animal Services, which requested the help of OHS, is coping with the care and relocation of pets as residents leave their homes because of fires. Thousands of residents have been placed under mandatory evacuation orders. As the fire continues to grow, more have been encouraged to voluntarily evacuate. Full containment of the fire is not expected for another three weeks.

Brian is certified in emergency operations by FEMA and ASPCA,  and brings with him a wealth of experience in coordinating supply chain issues and managing resources. He arrived in Santa Barbara Monday morning. August reported that major winds are expected to return to the area on December 20, and that animal rescue groups are working to relocate animals away from the evacuation areas.

With evacuation zone boundaries changing frequently due to the shifting fire, it’s challenging to keep the public informed and evacuate those at risk. “Early this evening,” said August, “the animal services office received calls from several people who had left for work in the morning, and by the time they tried to return home at the end of the day they found the roads blocked.” Fortunately, animal rescue workers were largely able to get people past the evacuation lines to retrieve their pets, said August. August also assisted in contacting owners of pets who had been left behind, dispatching responders, and helping lift an 80-pound tortoise who needed to be moved to a new location.

August is the most recent of many OHS responders who have deployed across the U.S. and to the Virgin Islands this year. “OHS is fortunate to have a cadre of well-trained emergency responders,” said Sharon Harmon, OHS president. “They have gained invaluable experience in recent months and are now even better prepared to deal with local disasters whether natural or man-made.”

In California, Santa Barbara County Animal Services is in the forefront of helping residents find emergency shelter for their pets. Many local humane societies that initially accepted pets from evacuees are said to be at or near capacity. An emergency shelter established on the campus of the University of California at Santa Barbara is now accepting small pets, while two nearby fairgrounds are caring for hundreds of horses and large animals. The Thomas fire began on Dec. 4 and has so far consumed more than 250,000 acres in an area 60 miles long by 40 miles wide. One firefighter recently died fighting the blaze, which has destroyed more than 900 homes. 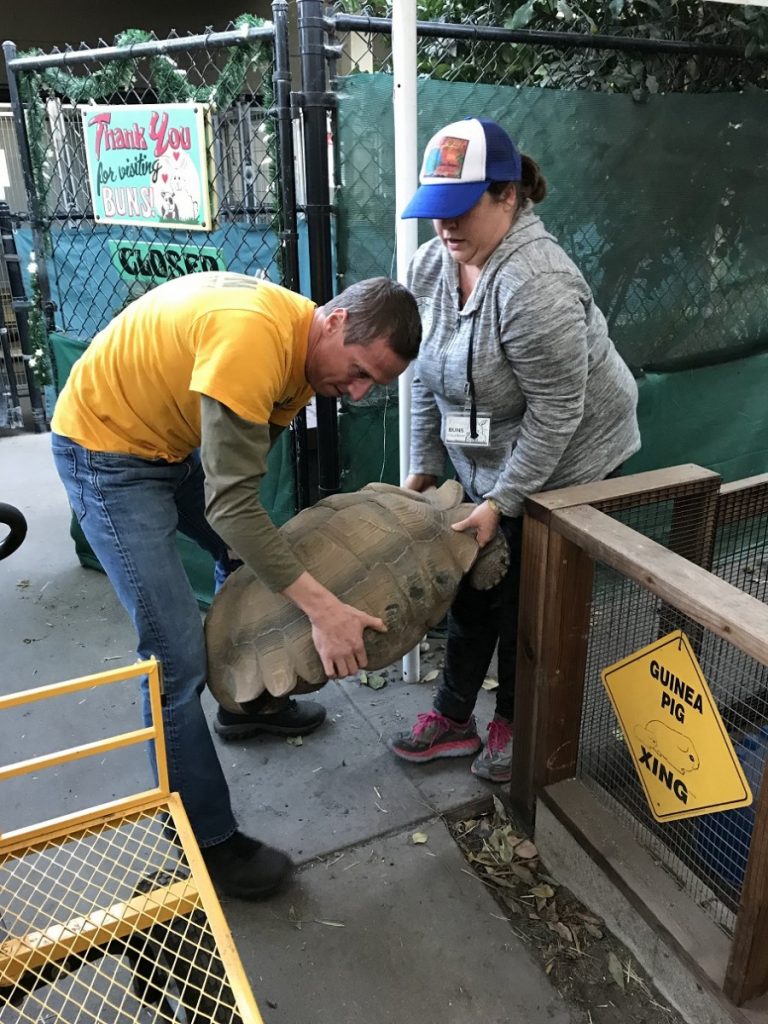 Brian helps move an 80-pound tortoise named Luke onto a wagon to transport him back to his night shelter. 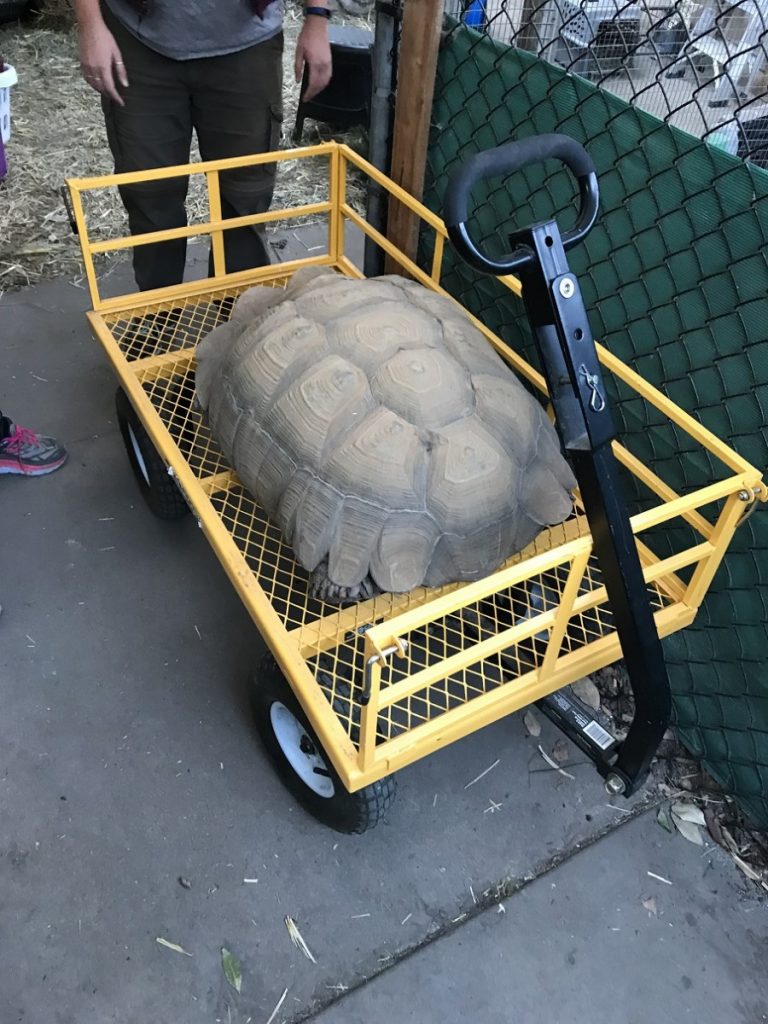 Luke is loaded and ready to roll back to his night shelter. 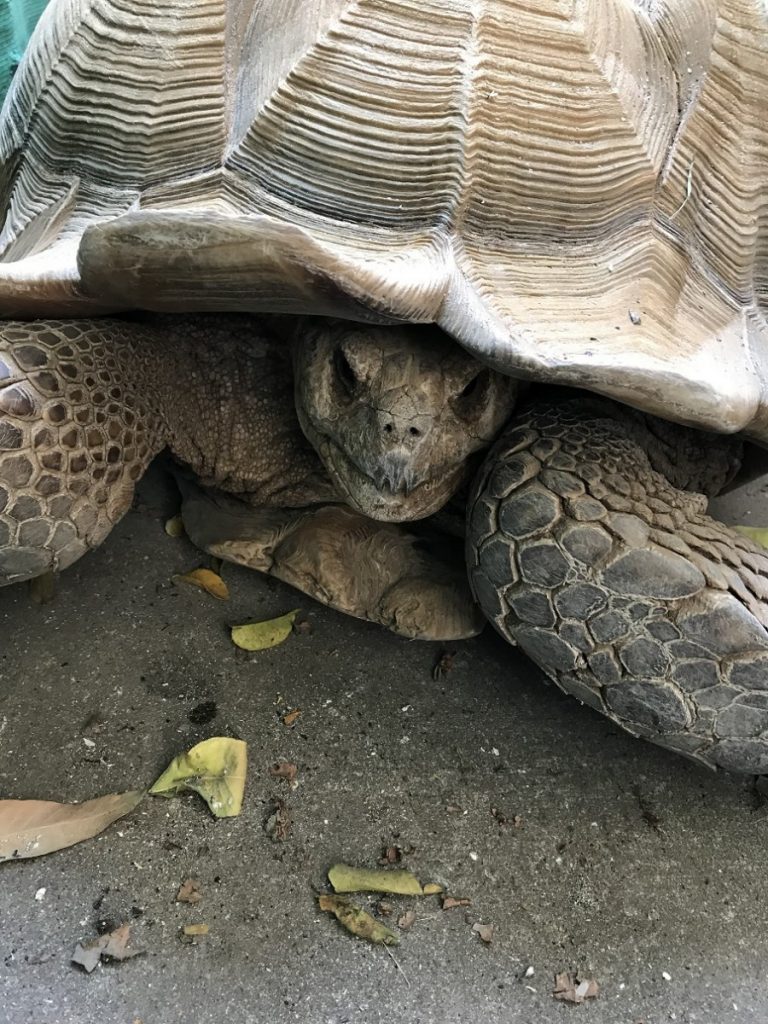 A closeup of Luke, one of the many species of animals being evacuated.