More than a dozen years ago, a young orange tabby cat from OHS found his forever home and so much more. 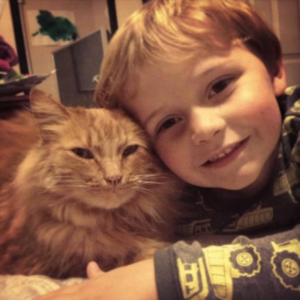 Many of us have fond memories of growing up with our childhood pets. For Trent, Reggie the cat has been by his side from the beginning. Reggie’s adopter Jenna sent us this adorable adoption update:

“Our family adopted Reggie about 12.5 years ago from OHS. About 6 months after we brought Reggie home, we welcomed our baby boy Trent. That was the day Reggie decided he was going to be Trent’s best friend.

Reggie has always followed Trent to the bus stop before school and home from the bus stop after school. Reggie has followed Trent from his first day in kindergarten to his last day of 6th grade. Reggie loves to ride on Trent’s shoulder, give head butts and sleep next to or on anyone who he can. To say Reggie is a cool cat would be an understatement.

He loves his family, but we are sure he loves Trent the most. He’s all around the greatest cat anyone could ask for and an important part of our family.

Thank you, Oregon Humane Society, for taking care of our Reggie before he was part of our family. If it wasn’t for the love and care you guys give these animals, we would never have such an amazing, cool cat to call family.”

Thank you, Jenna and Trent, for giving Reggie a wonderful home! 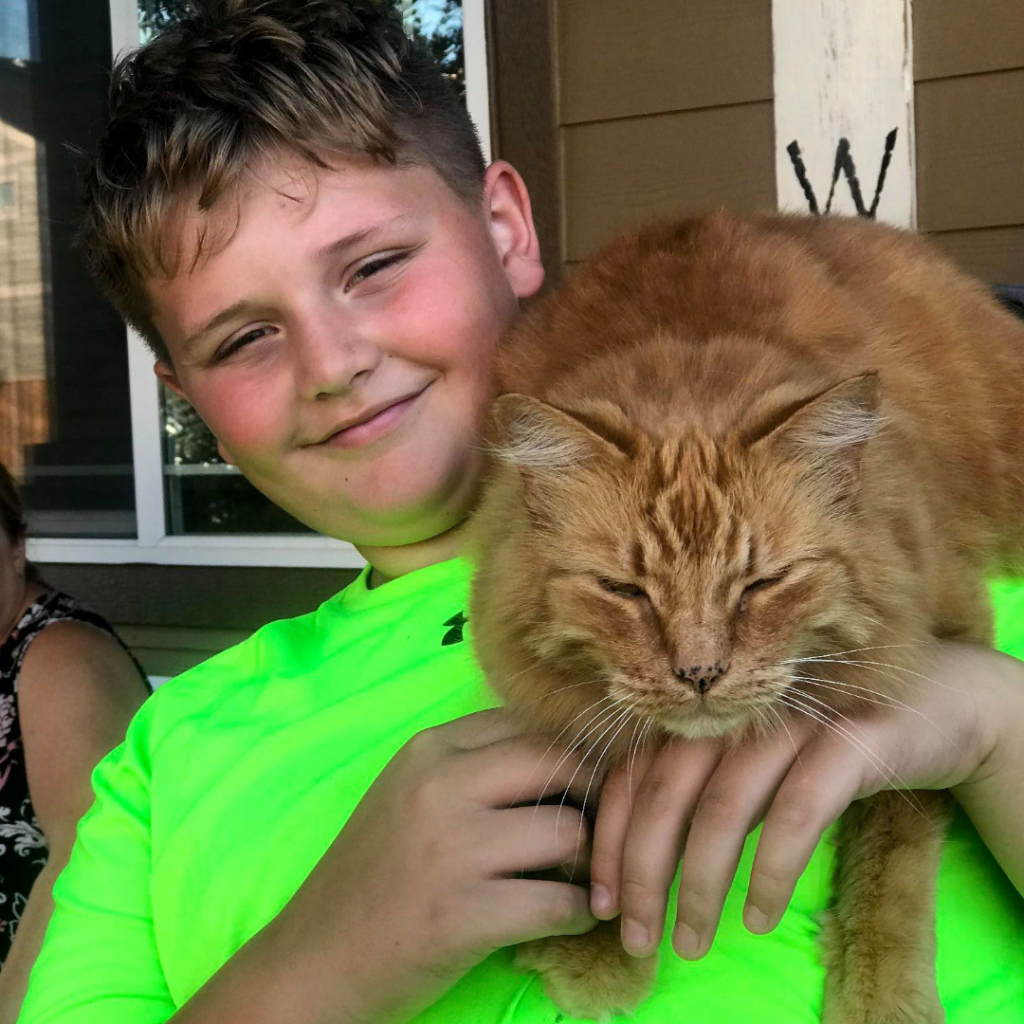 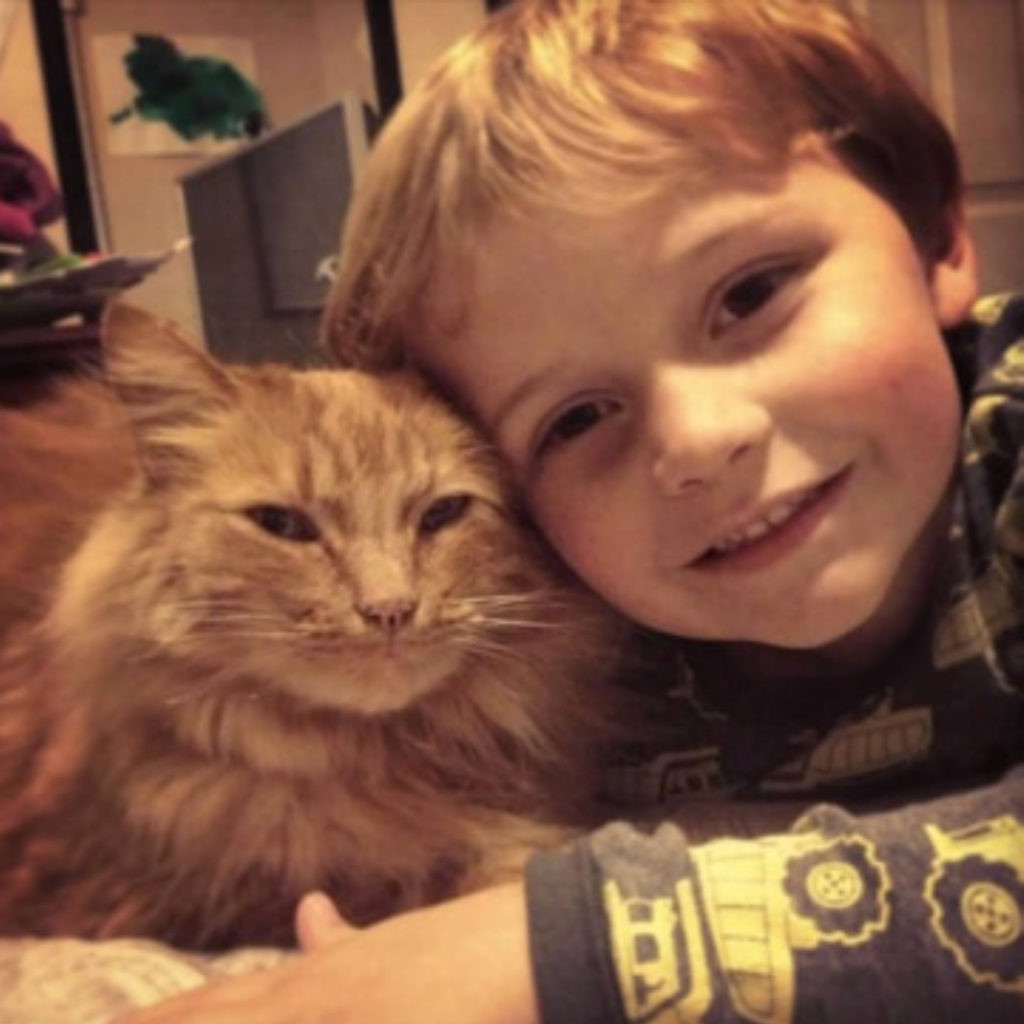 BFFs from the start Reggie also made friends with the resident bunny. 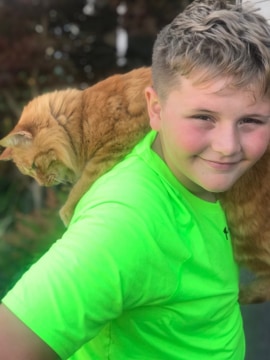 Reggie loves to hang out on Trent’s shoulder. 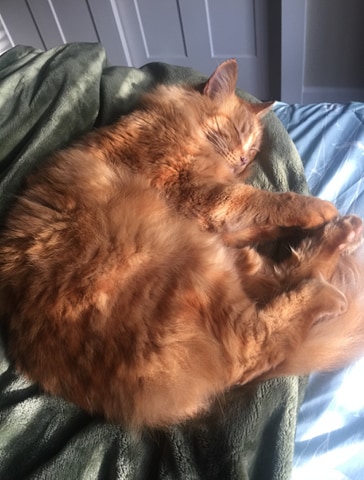