Hollie’s story is both extraordinarily painful and hopeful.

When you first meet Hollie, it’s hard to imagine how different she once looked.

She was rescued in Southern Oregon, severely emaciated and missing most of her hair. An unusual injury on the side of her face added to the mystery of Hollie’s past.

Hollie was transferred to the Oregon Humane Society through the Second Chance program and an investigation was opened by the OHS Humane Law Enforcement team. Meanwhile, the OHS medical team went to work with a careful refeeding plan to help her gain weight. Thanks to the generosity of OHS donors, Hollie received lifesaving care when she needed it the most. 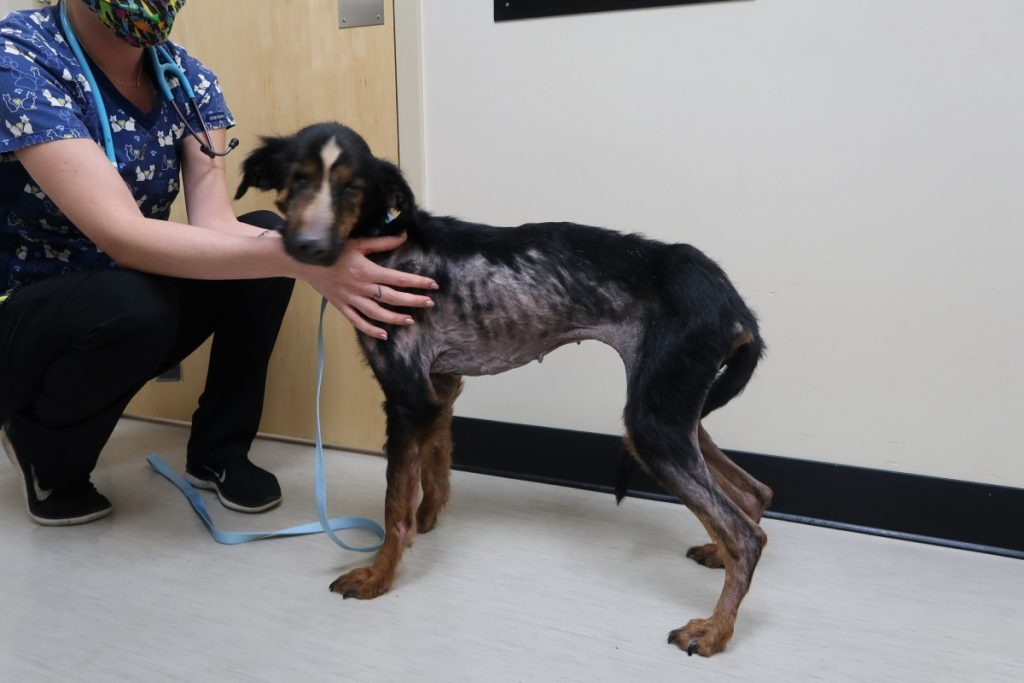 Hollie was so weak she was unable to walk. She was skin and bones so the medical team dressed her in sweaters to keep her warm. As Hollie lay in a kennel in the OHS Medical Center, it seemed she was close to giving up. She was defeated and exhausted – each day was a struggle. Slowly, her inner light began to shine. She wagged her tail when the medical team would greet her each day and she began to trust that she was safe and loved. Day by day, she got stronger and her hair began to grow back.

Hollie was eventually healthy enough to be discharged from the hospital and continue her rehabilitation in an experienced OHS foster home. She spent six weeks learning to be a dog – playing with toys, going for walks, and romping around with other dogs. Perhaps for the first time in her life, she was happy. Because of the support of donors, Hollie’s OHS foster family could give her the safe place she needed to blossom and thrive. 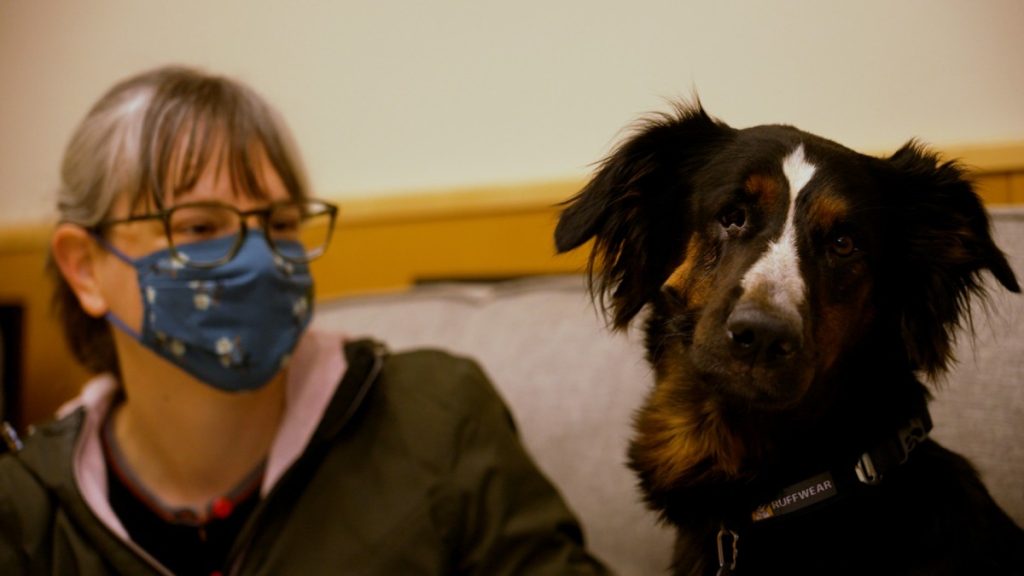 Today, Hollie is fully recovered and living with her loving family. She loves romping around with other dogs, playing with her toys and chasing squirrels up trees – even though her little paws always end up getting covered in tree sap. While the investigation into who was responsible for Hollie’s condition is ongoing, Hollie is thriving and spending the holidays with her family.

It is with the support of donors that miraculous second chances happen. But there are many more animals like Hollie who need your help. When you give to OHS, your gift provides expert medical care, helps animals rehabilitate with the support of our behavior and training team, ensures that animals can recover and thrive in experienced and loving foster homes and helps pursue justice for the abuse and neglect that these animals have suffered.

Please give today to save more lives. Thank you for your generosity, and Happy Hollie-Days!

I WANT TO SAVE ANIMAL LIVES