Dogs transferred to OHS from Humane Society of Central Oregon head to their forever homes.

Hours before the doors opened at OHS on Friday, March 23, interested adopters were lined up to meet the German Shorthaired Pointers, Labrador Retrievers, Dachshunds and Chihuahuas that were transferred to OHS from Humane Society of Central Oregon. Many of the dogs were part of a suspected neglect case involving 53 dogs from a property in La Pine. The story was covered by local news media and posts were shared extensively on social media.

The first person in line drove from Bend in the hopes of finding a friend for her dog. She had her eye on a four-month-old yellow lab named Sequoia. Others were interested in one of the puppies or drawn by their love of the breeds available.

Devin Winkler from Ridgefield, WA arrived at 8 a.m. hoping to adopt a puppy. After meeting with several young dogs, he was drawn to Duke, a 3-year-old yellow lab, and decided to bring him home.

Throughout the day the German Shorthaired Pointers and Dachshunds also met with new families and started their new lives as beloved pets.

On Friday afternoon, 3-year-old lab Hemlock left with her excited adopter, Marshall. One of the first things he planned to change was her name to something “a little sweeter.”

It turned out that Sequoia needed some time to find just the right person for her. She was a little too much for the first prospective adopter’s dog while other meets throughout the day just didn’t click. The number six turned out to be Sequoia’s lucky number that day. Donna was the sixth person in line to meet Sequoia and it was love at first sight.

At the end of the weekend, 18 of the 22 dogs transferred to OHS from the Humane Society of Central Oregon found their forever homes. A bonded pair of Chihuahuas are still hoping to find a soft couch to land on soon. Two other dogs are undergoing additional evaluation and treatment.

After a tumultuous week, it was more than fitting that these deserving dogs found their forever home on National Puppy Day. 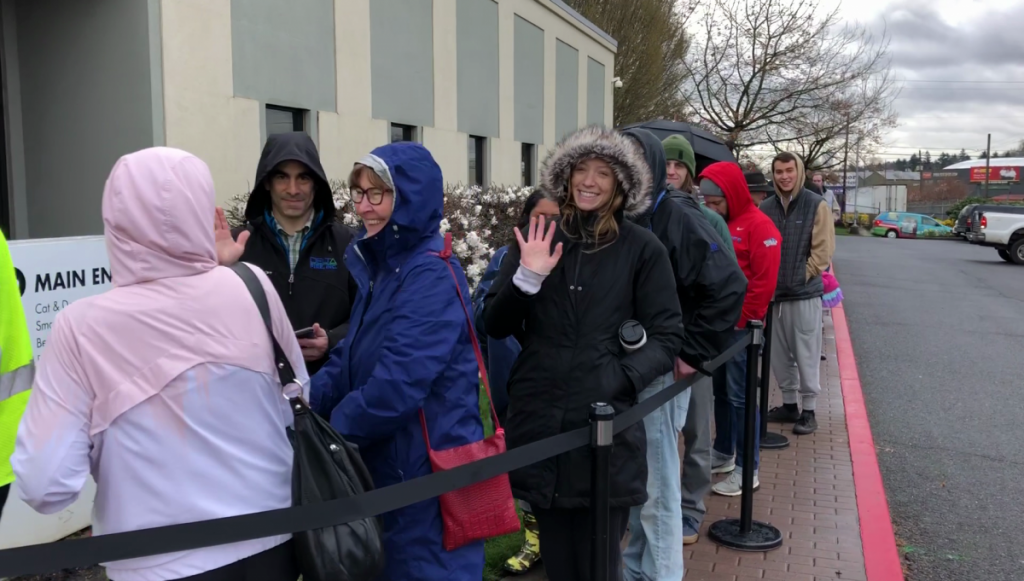 Close to 40 people lined up to meet the dogs from Humane Society of Central Oregon. 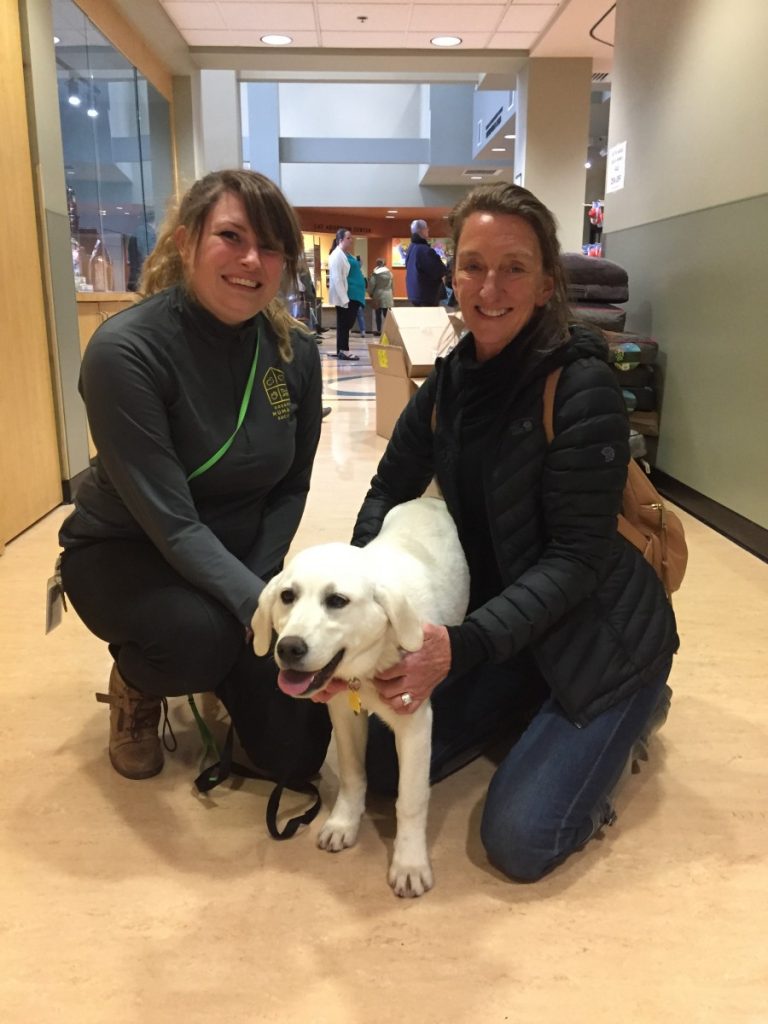 Sequoia getting ready to leave with Donna, right. 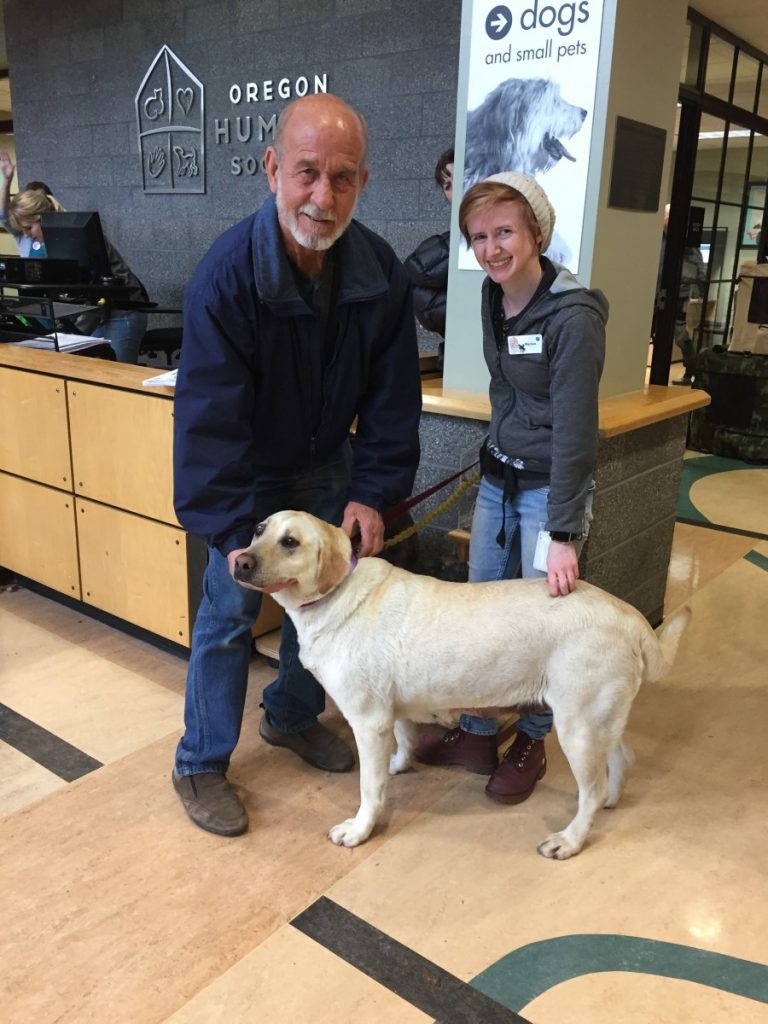 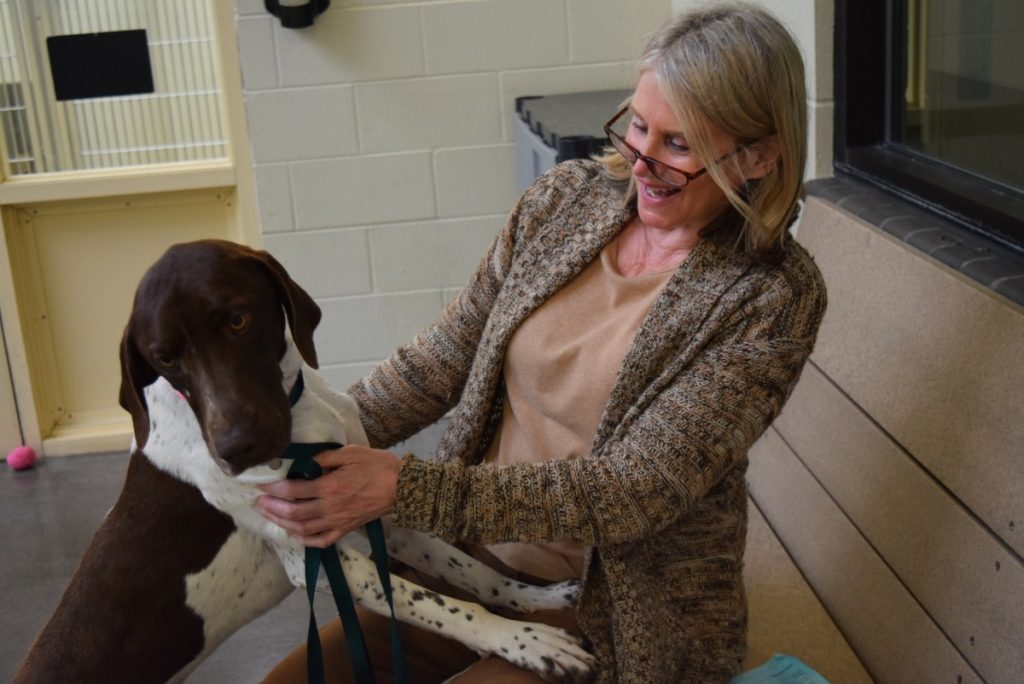 The German Shorthaired Pointers were happy to meet prospective adopters. 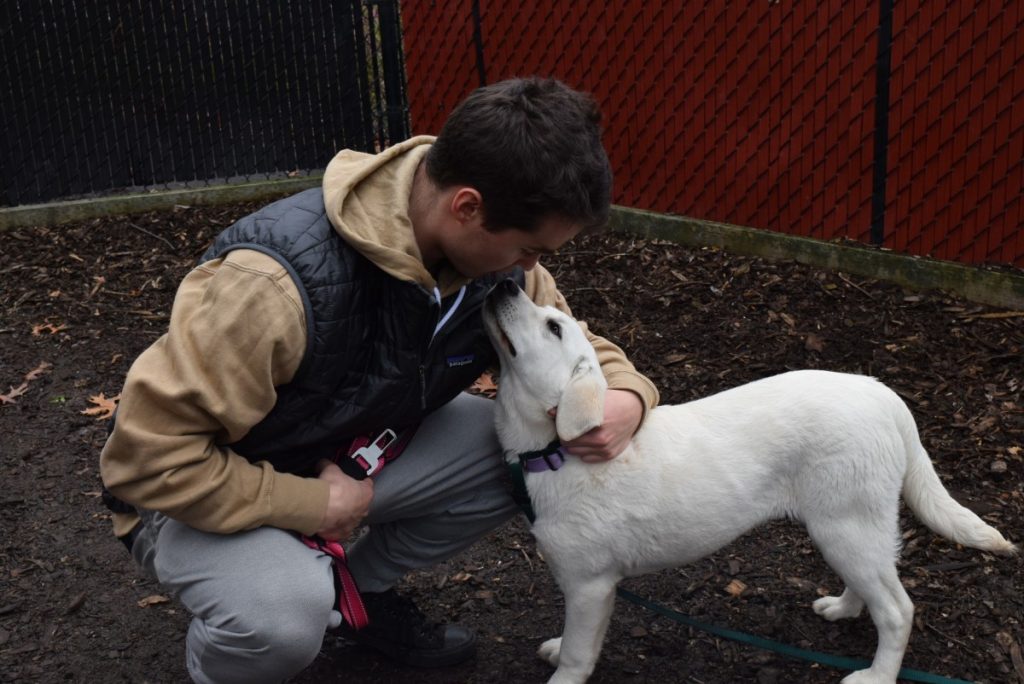 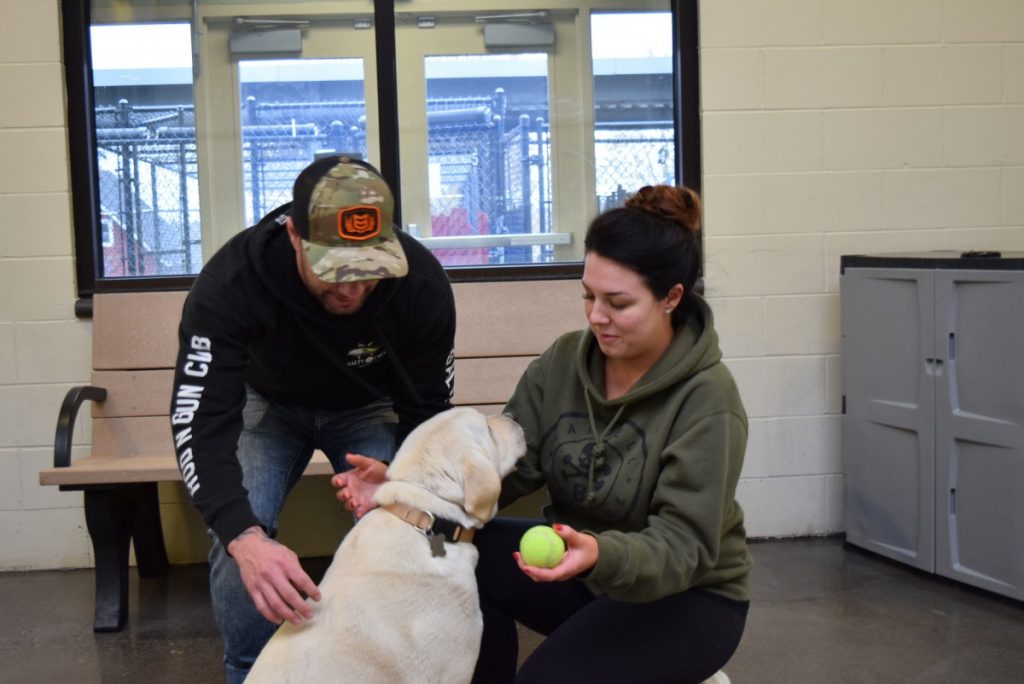 Duke and his new family get aquainted.